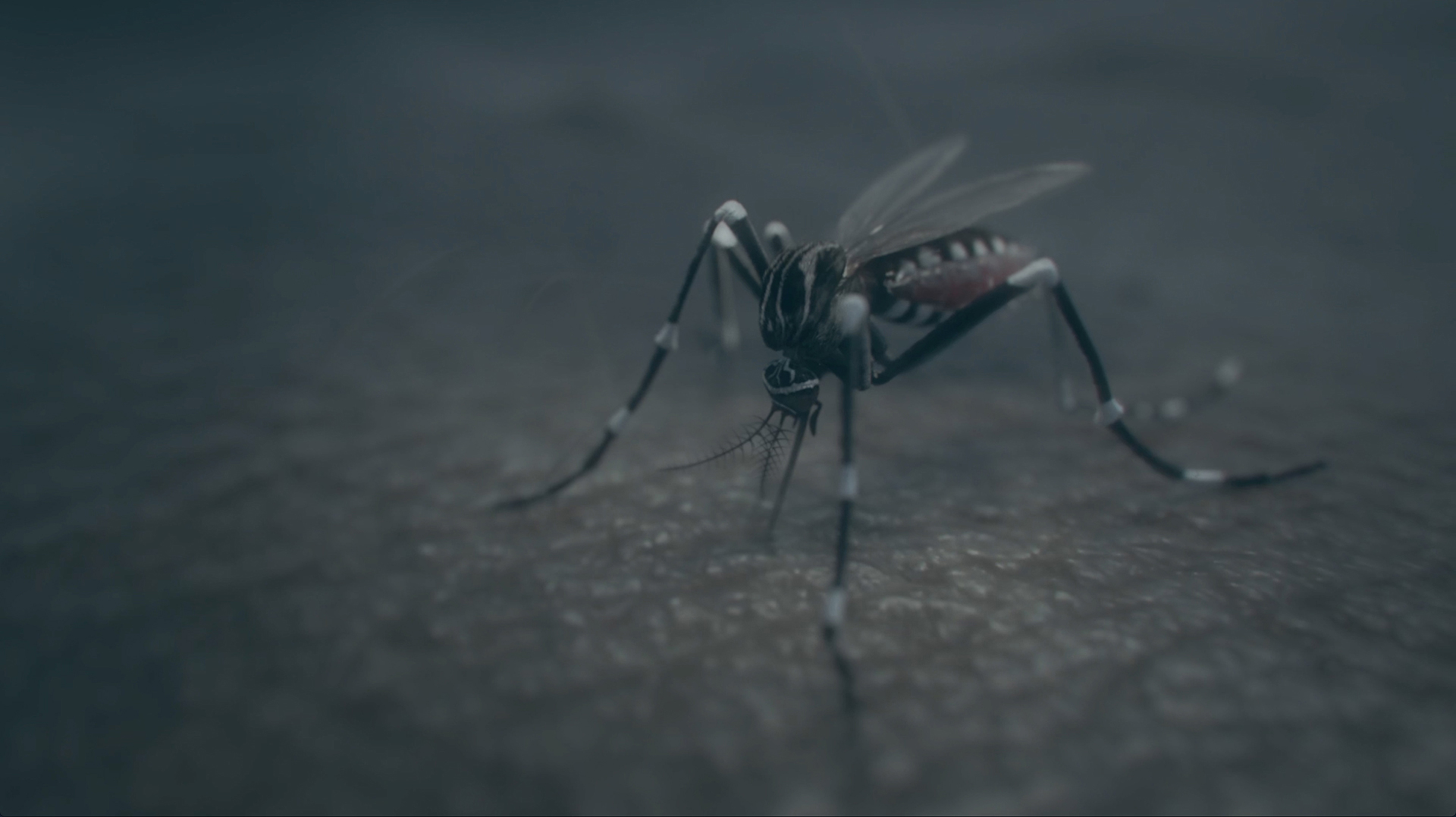 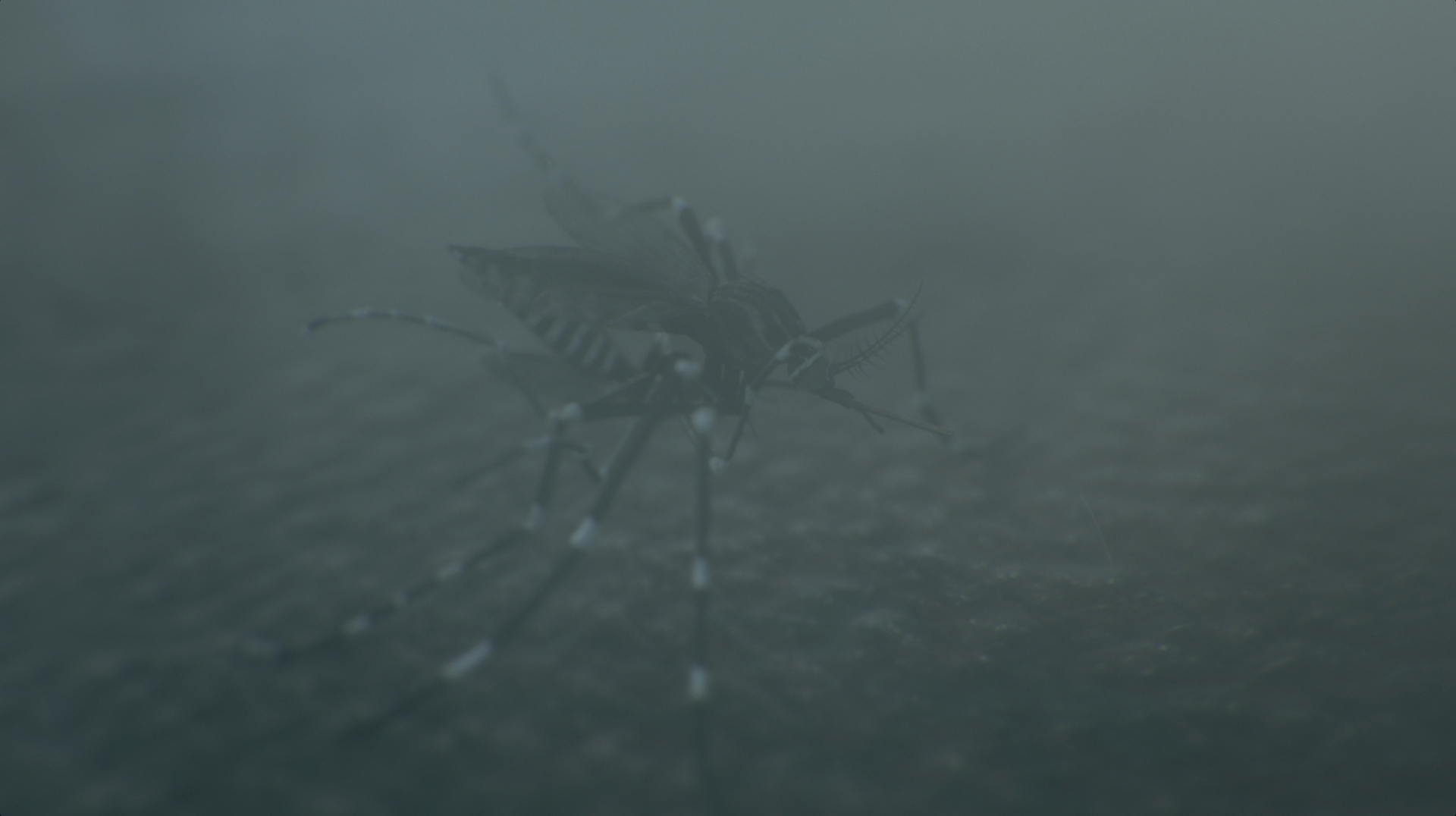 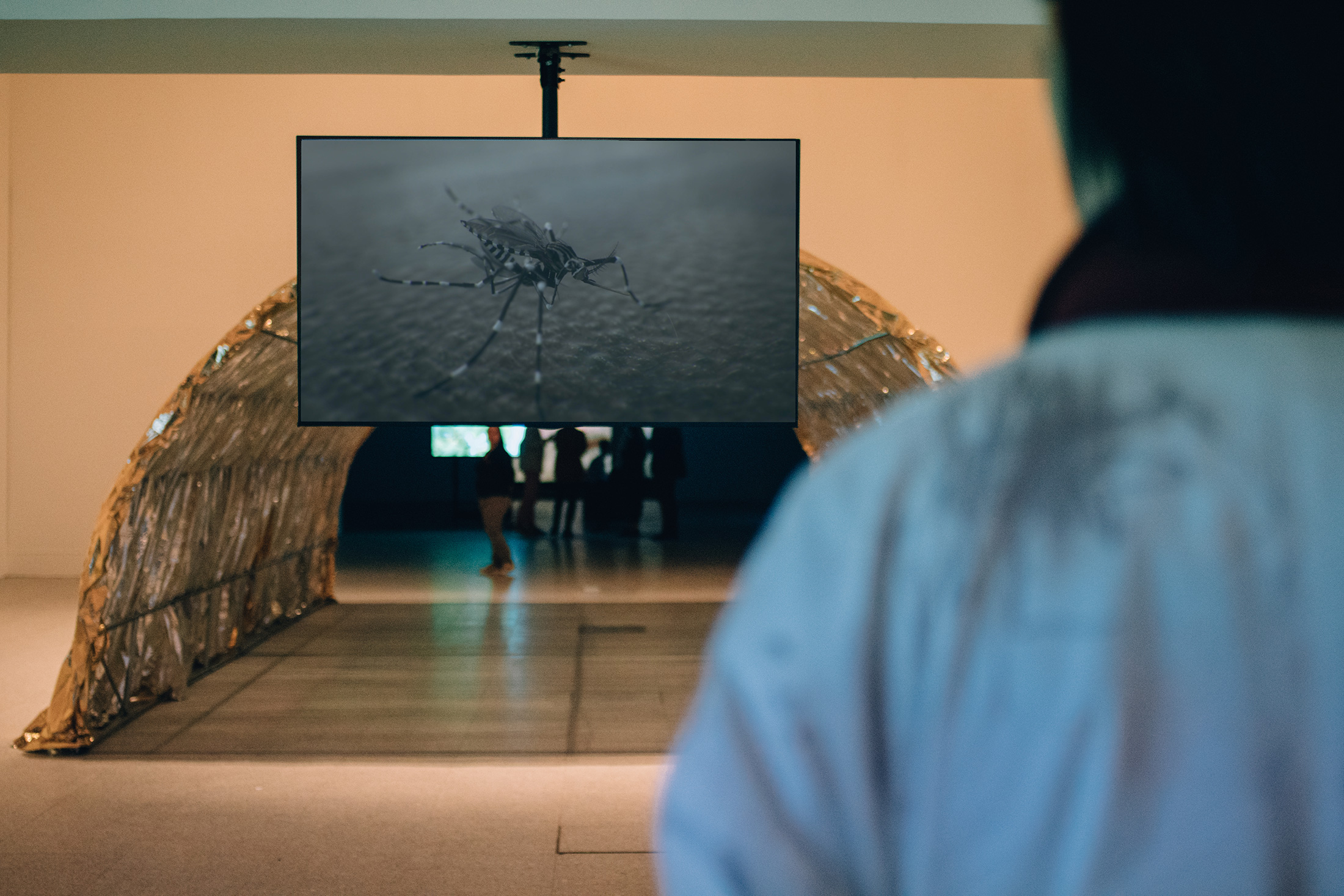 Hidden under a toxic cloud of pulverized chemicals, appearing and disappearing, we are granted glimpses of the Aedes aegypti mosquito, carrier of the Zika and Dengue viruses. In one sequence, the mosquito sits on human skin, sucking blood; in another, two mosquitos are engaged in a dance of copulation.

This hyperrealistic digital animation highlights the artificiality of this post-natural insect: Oxitec, a British biotechnology company, has developed genetically modified mosquitos to try and fight Zika and Dengue. A “lethal gene” is inserted into the male mosquitos, who are then released by the millions in the wild; when these genetically modified males find and mate with the female mosquitos, they pass on this “lethal gene and their offspring die before reaching transmission stage. Field trials have been performed in “developing countries,” such as the Cayman Islands, Malaysia, and Brazil, where laboratory factories for the production of transgenic mosquitoes have been set in place.

Produced by Pedro Neves Marques and Stenar Projects. With the support of Museu Coleção Berardo.