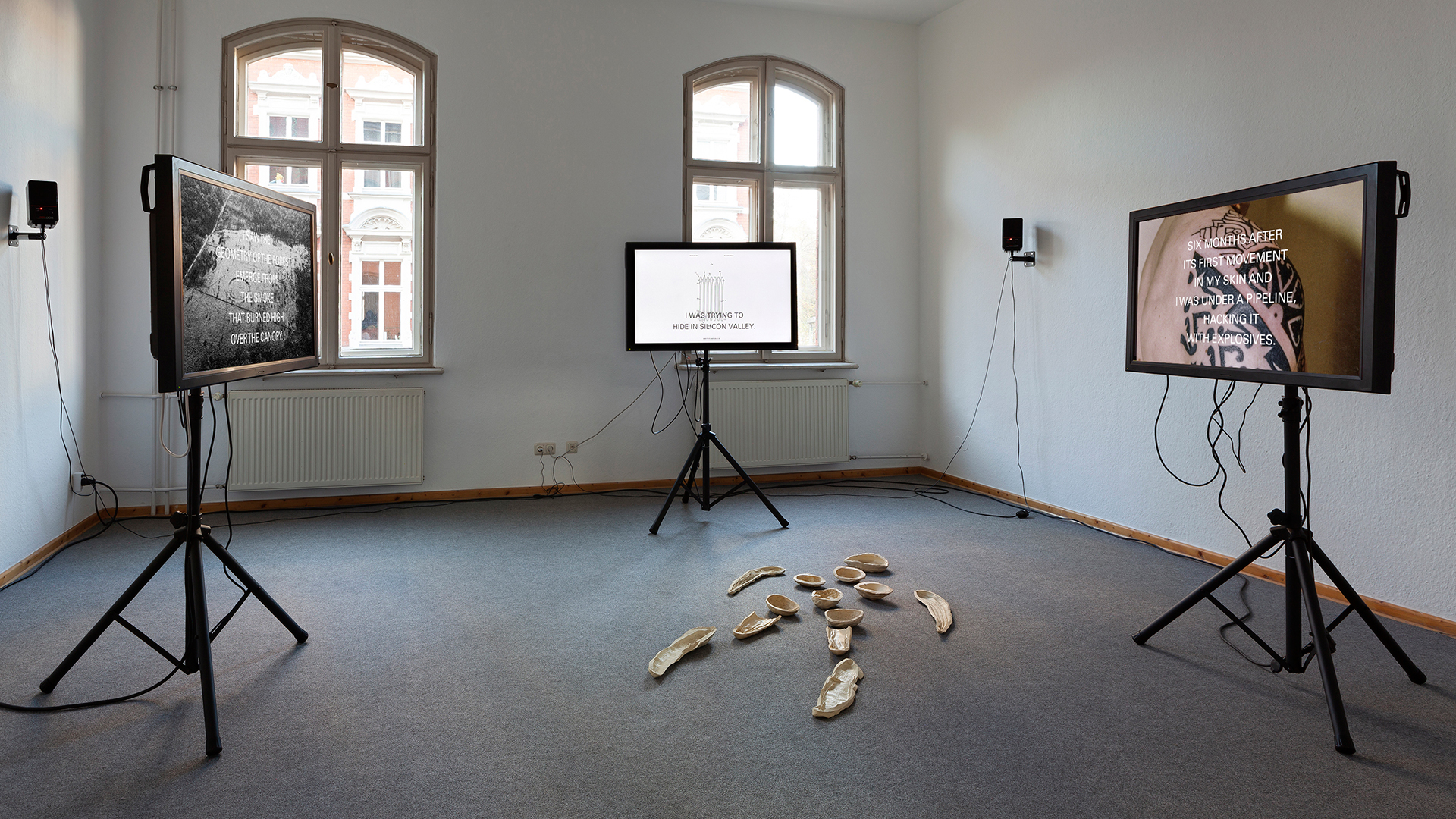 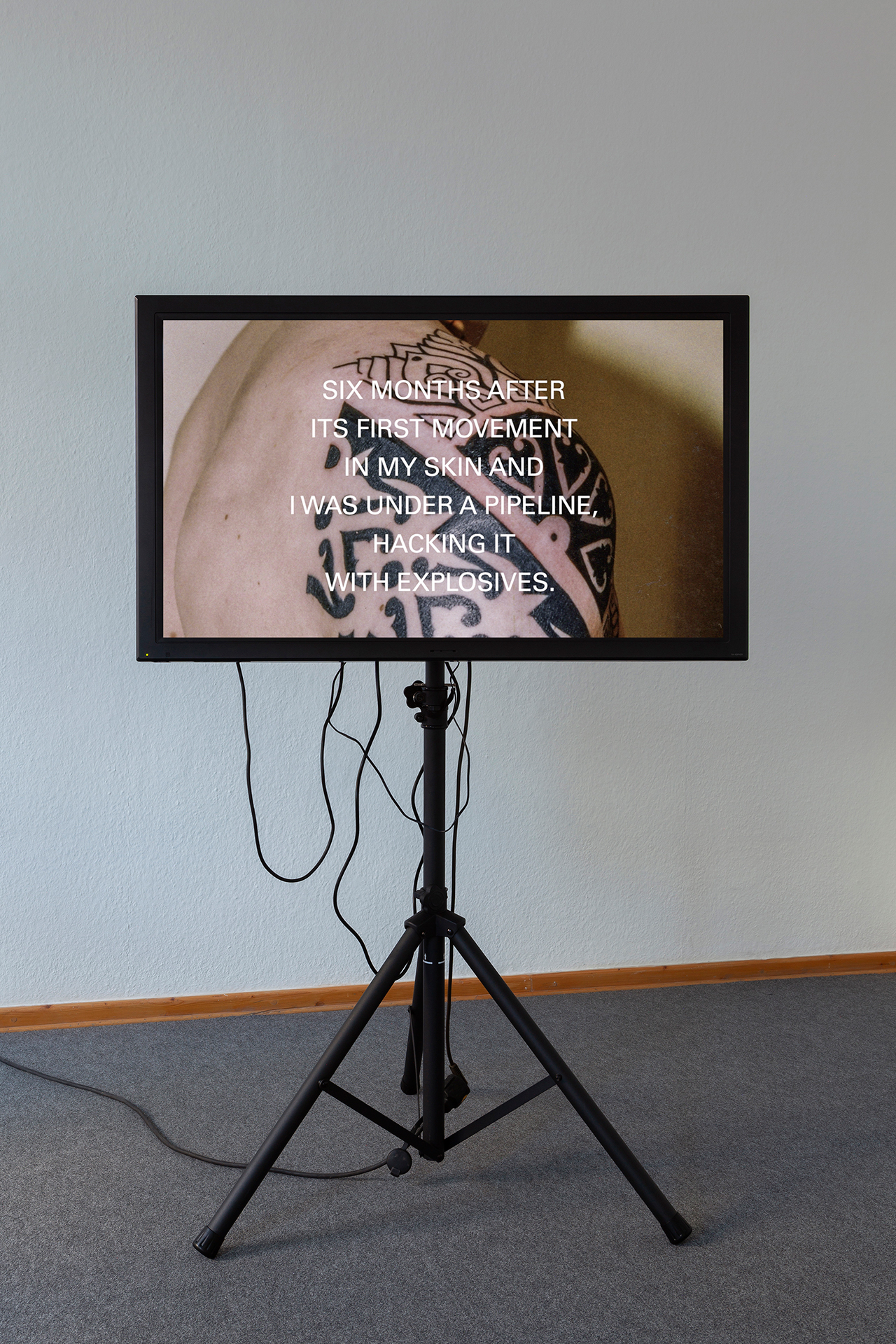 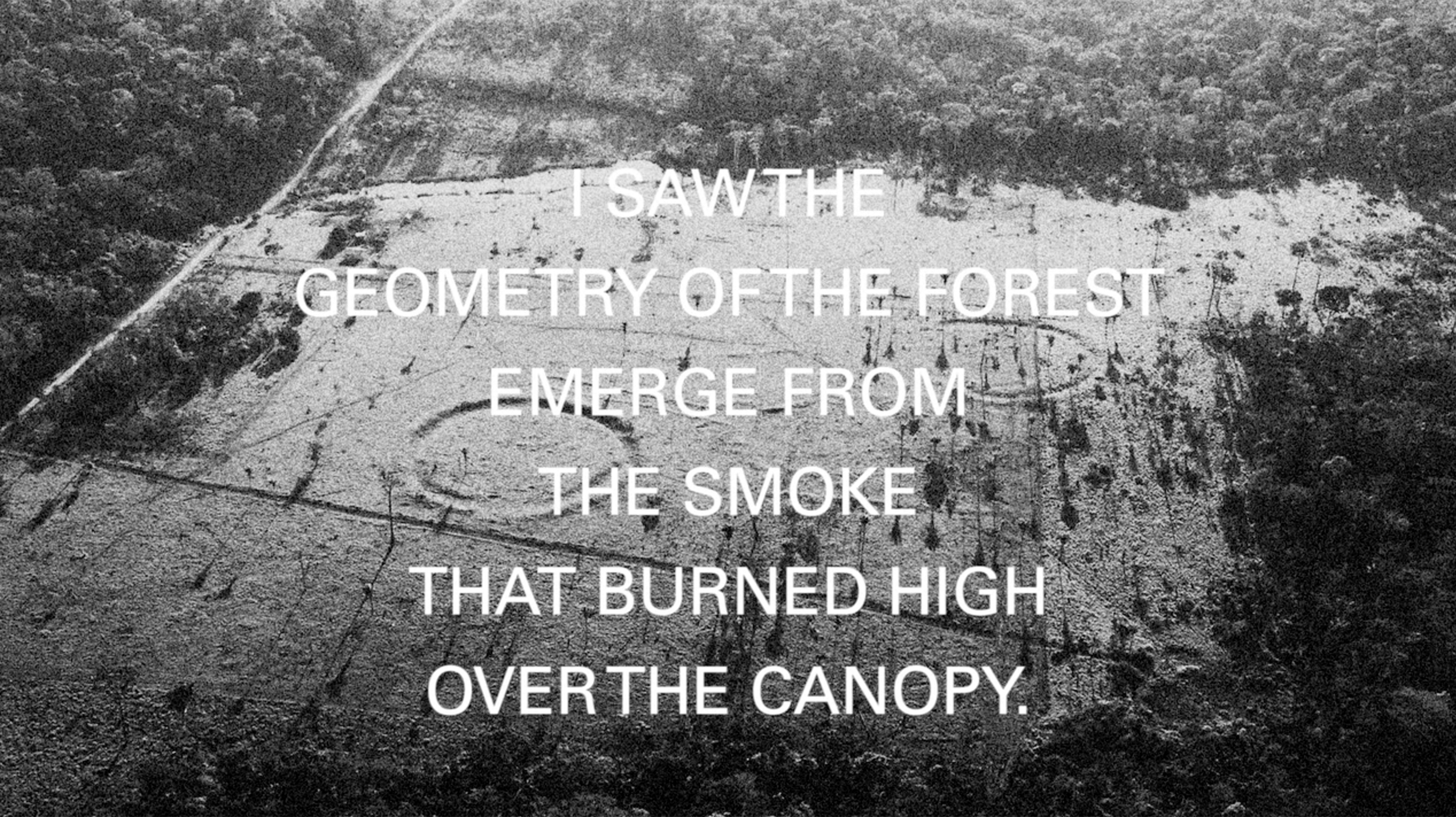 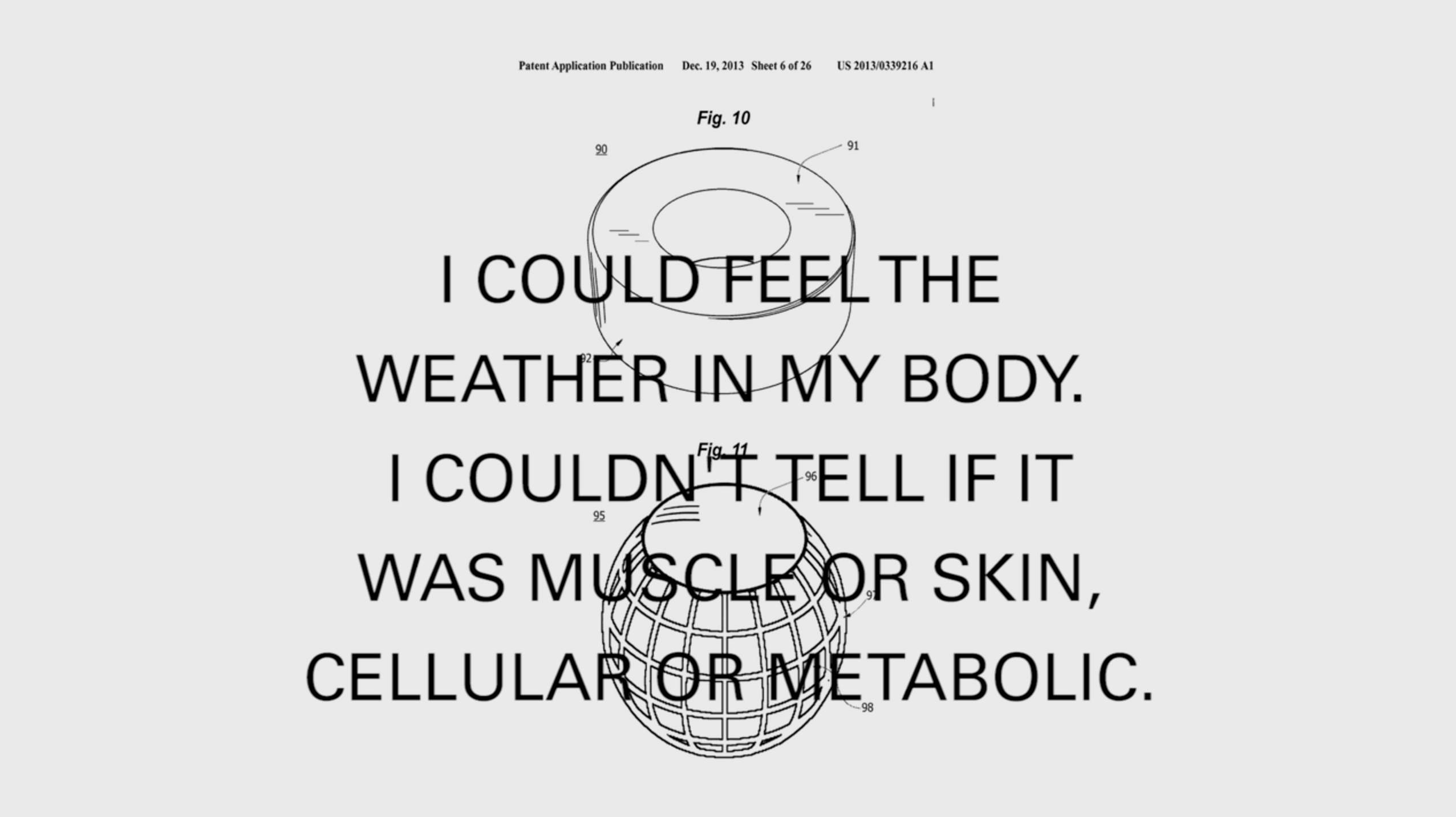 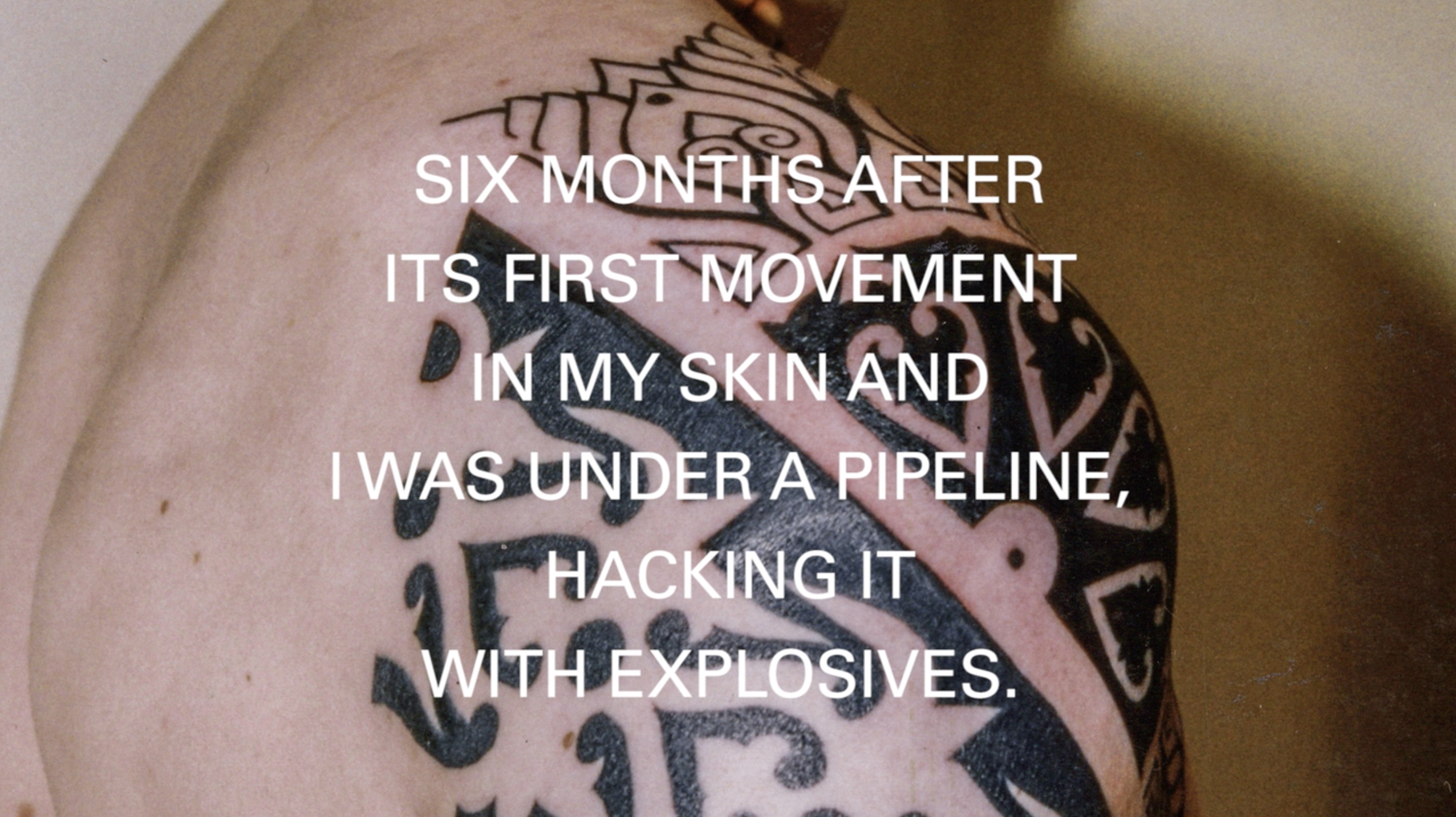 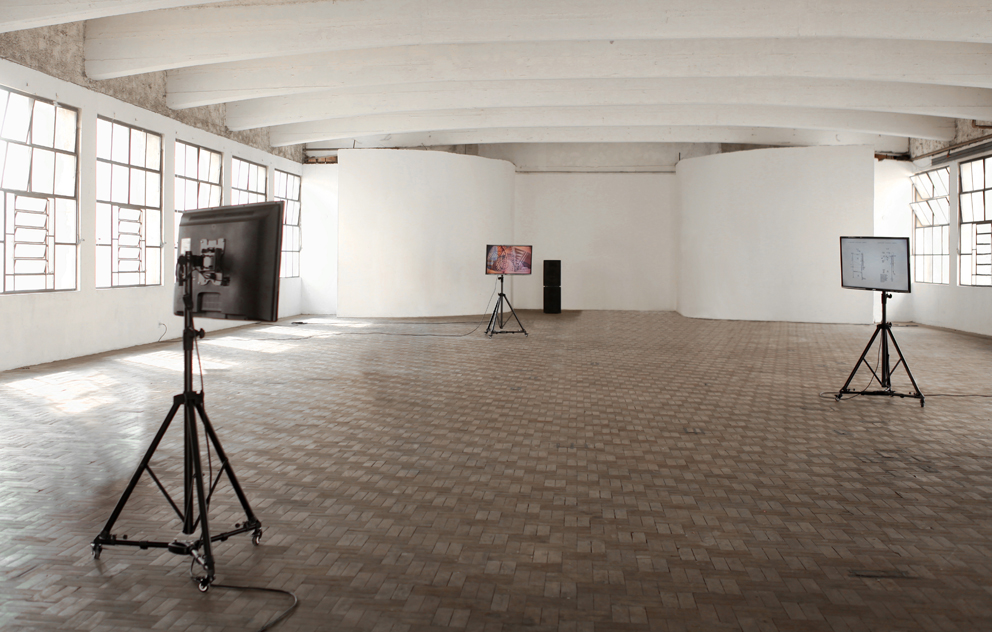 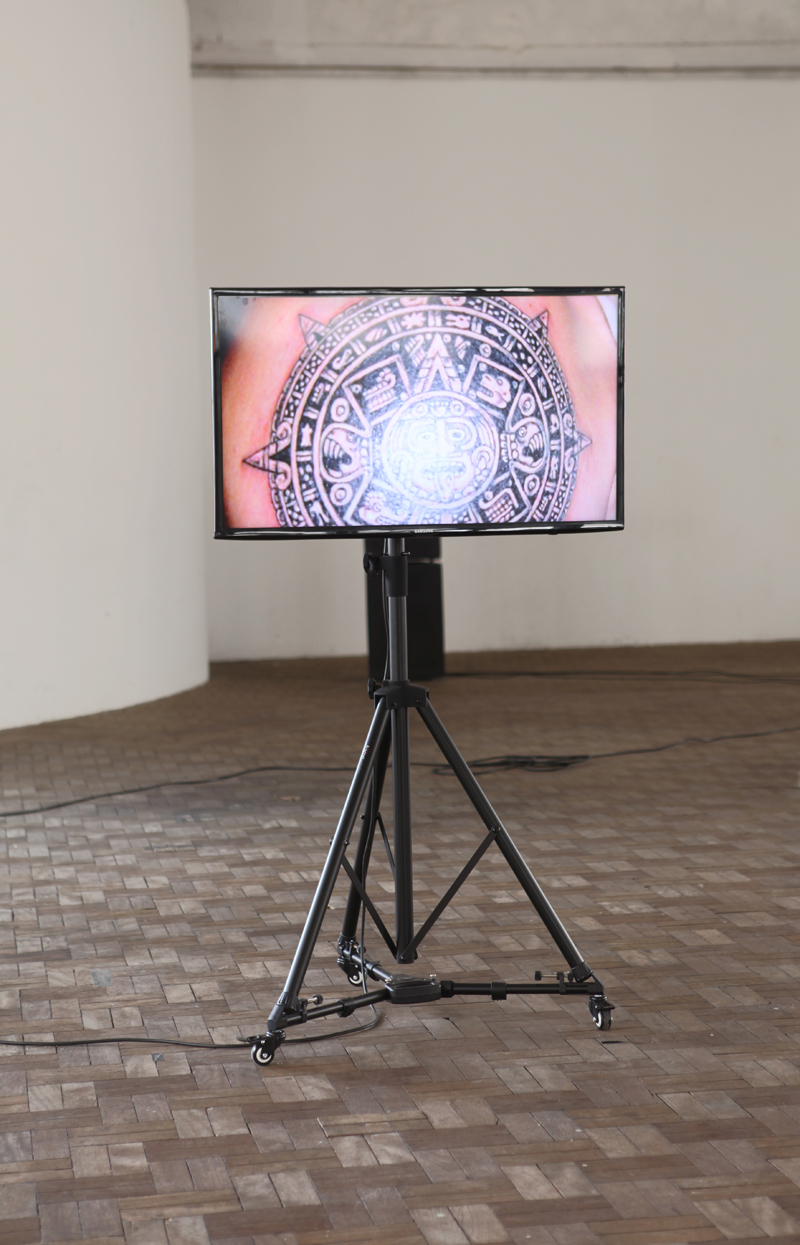 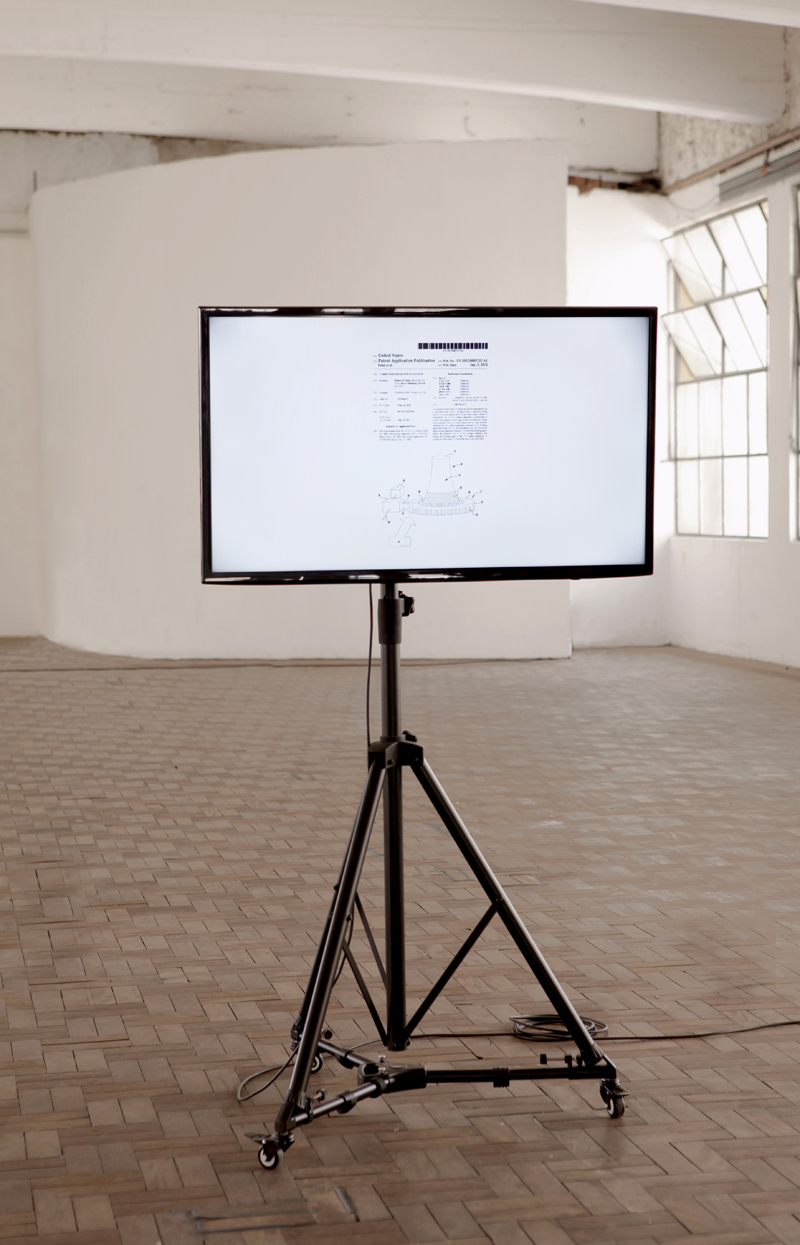 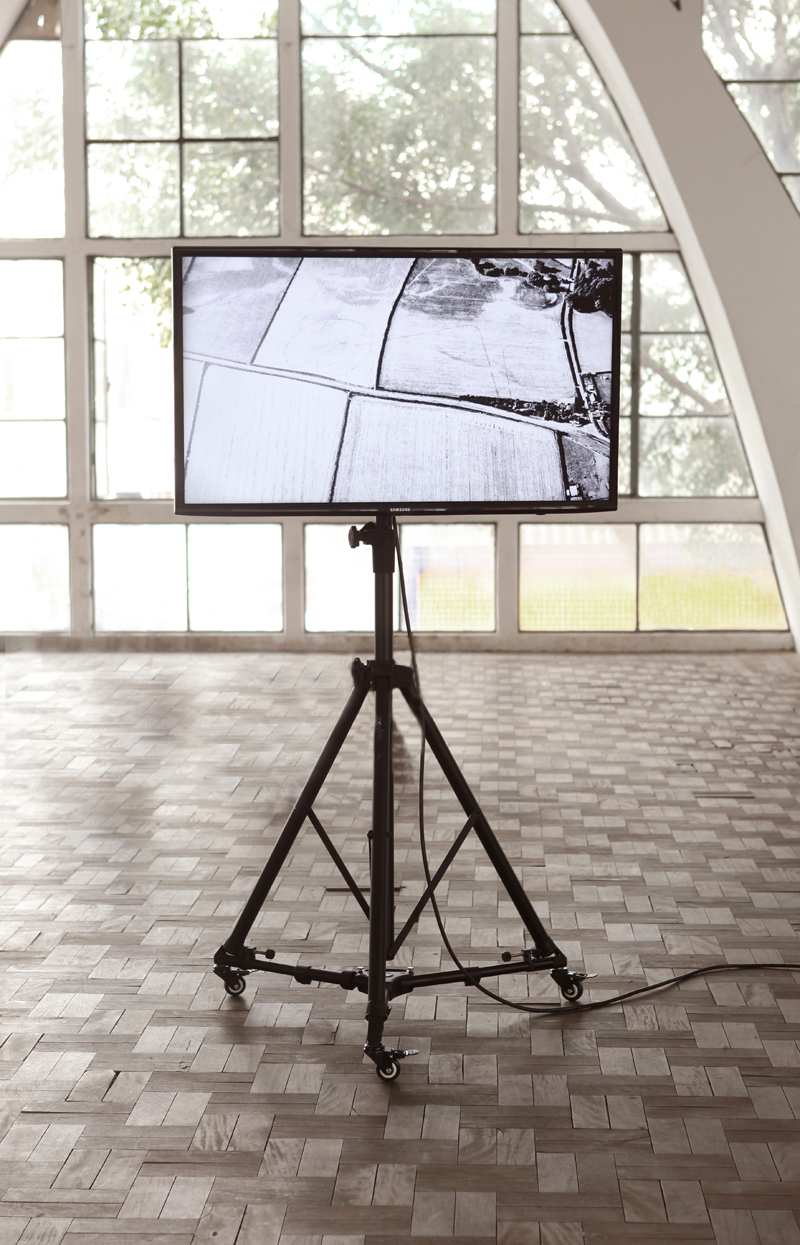 What is repressed, in fact, is the full body as the foundation of this intense earth

The installation consists of three video slideshows of images from apparently very distinct sources. Each video is overlaid with a written text narrating a fictional story about a mysterious epidemic that turns people into direct action environmentalists. The three videos are brought together under a common theme, which can be summarized by a belief that there is no difference whatsoever between inscriptions, carvings, or perfurations in the human body and the body of the earth. The three slideshows include:

- patents from the European and American Patent Offices on geoengineering technologies, including climate management through solar mirrors and iron fertilization of oceans;

- aerial photographs of pre-Columbian geogliphs or archaeological constructions, visible only under certain meteorological conditions and as a result of deforestation, found since the 1970s in the Amazon region on the borders between Brazil, Peru, and Bolivia;