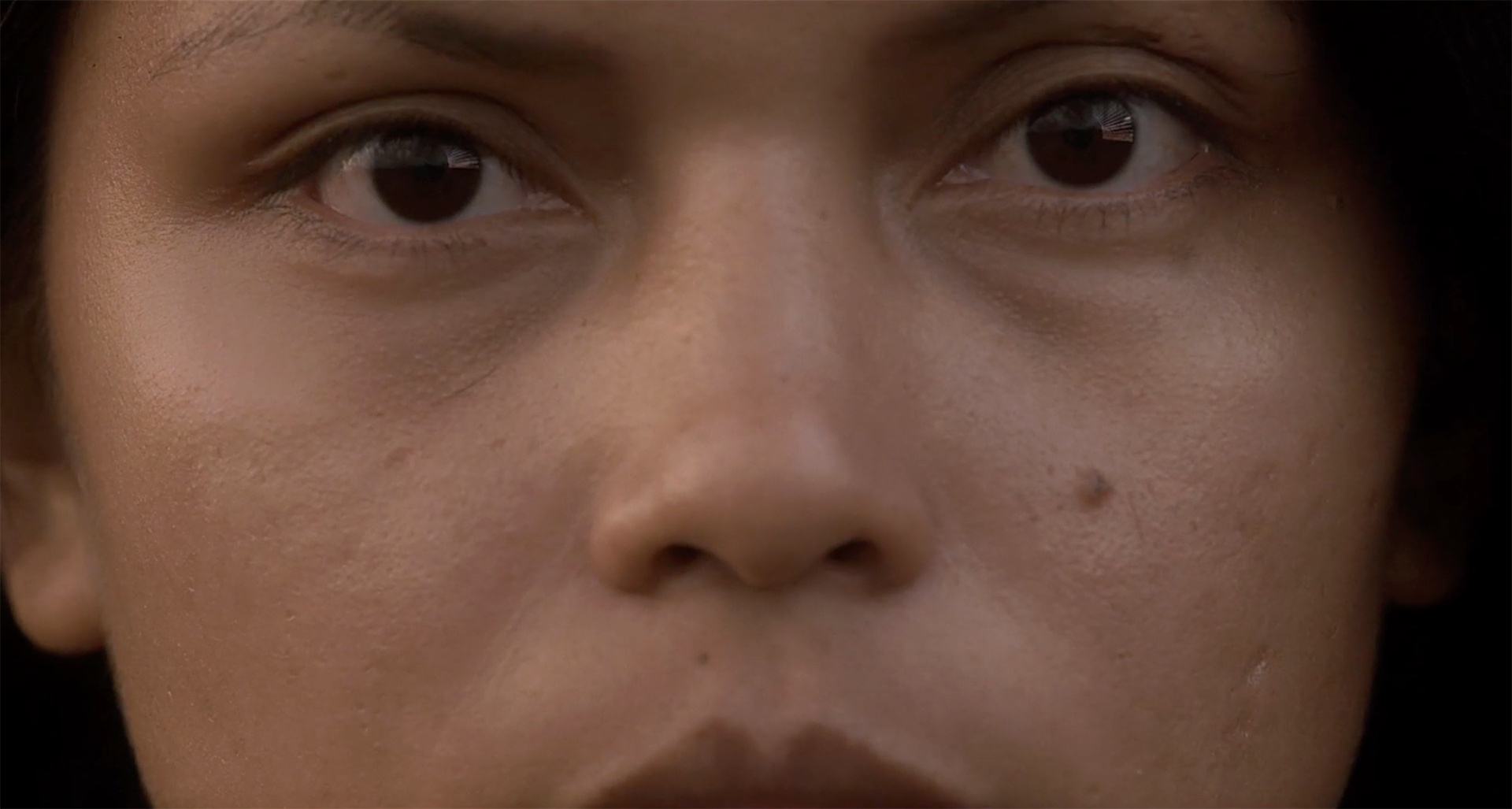 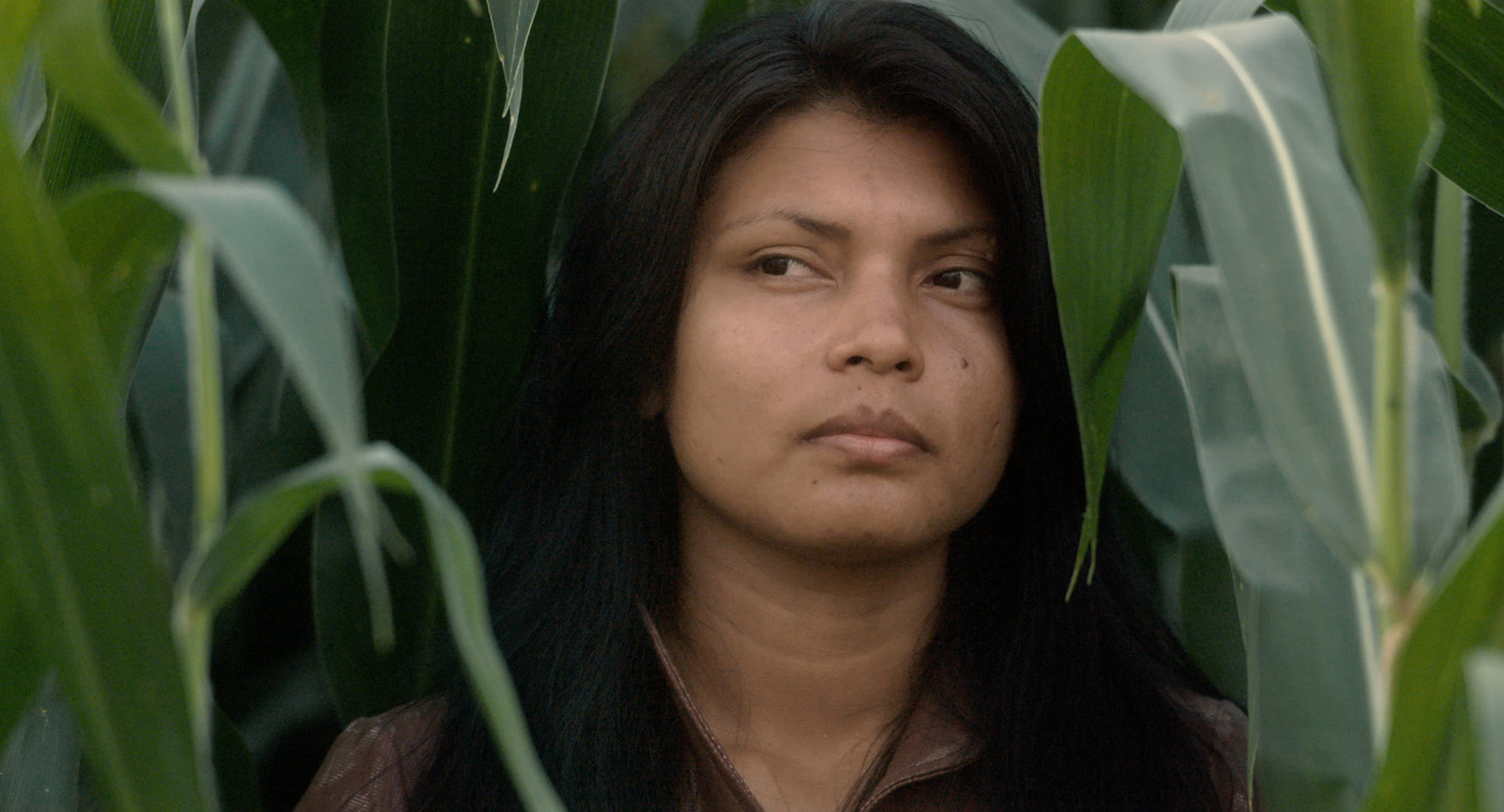 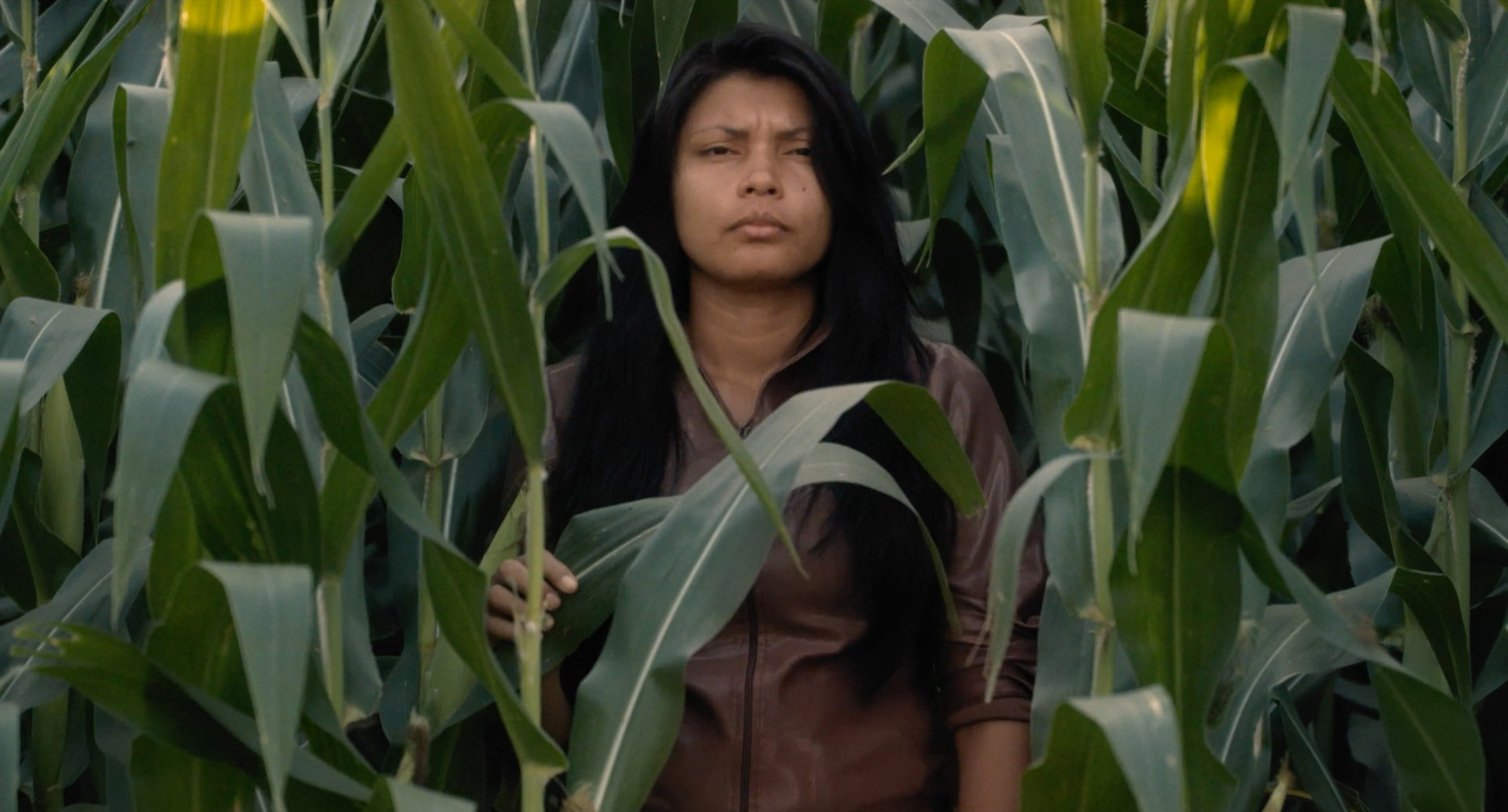 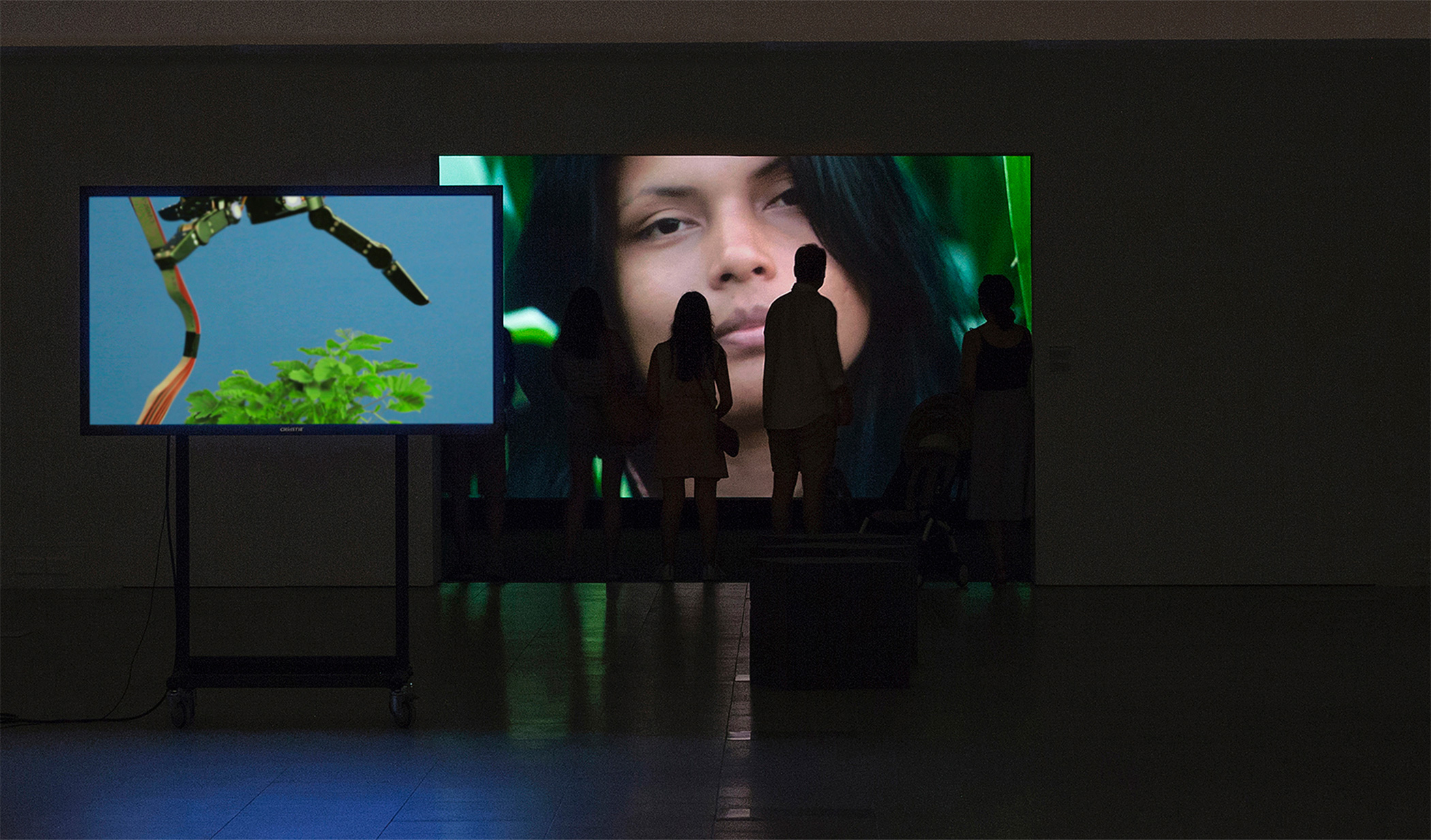 Set in a present-future, YWY, an indigenous android, talks with a GMO corn crop in the agricultural interior of Brazil. In a moment of intimacy, the woman, whom we come to understand is a field worker, and the plants talk about bodily rights, infertility, labor, and monocrops. As a human, the spectator is unable to hear the voice of the corn plants, perceiving the dialogue as a weird monologue. The film’s script is inspired by the writing of Brazilian author João Guimarães Rosa, in which dialogues are often expressed through the voice of a single person rather than two or more.