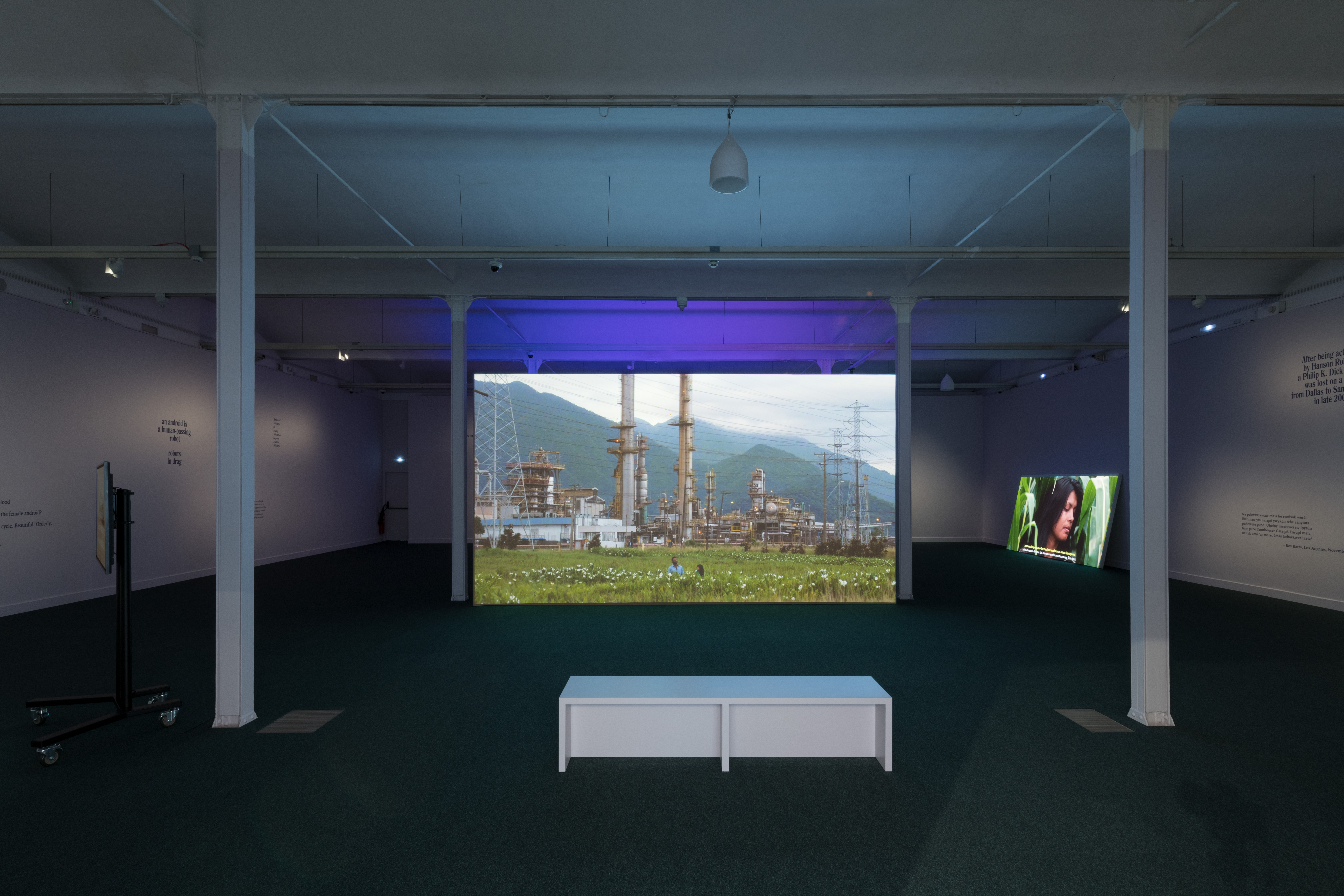 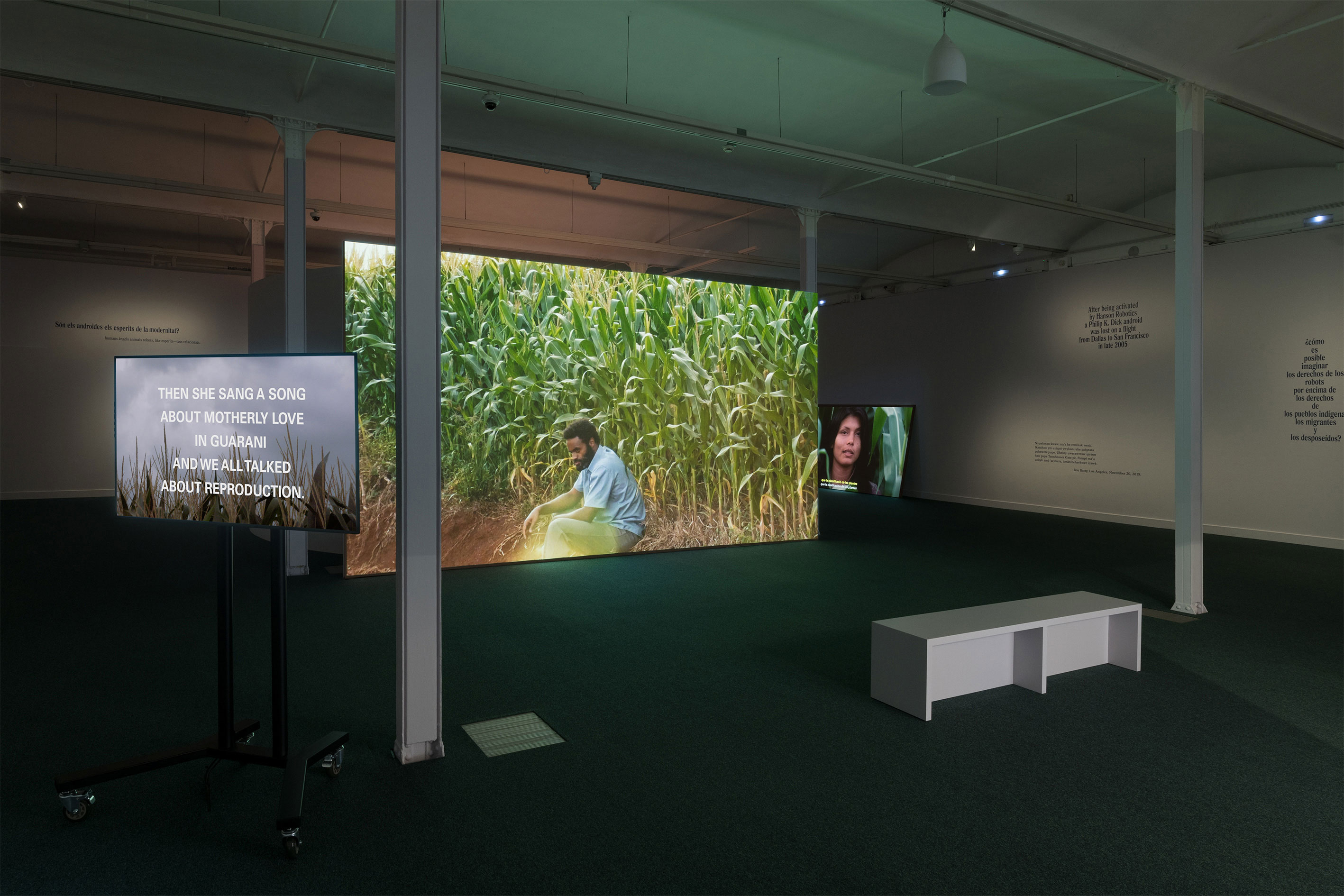 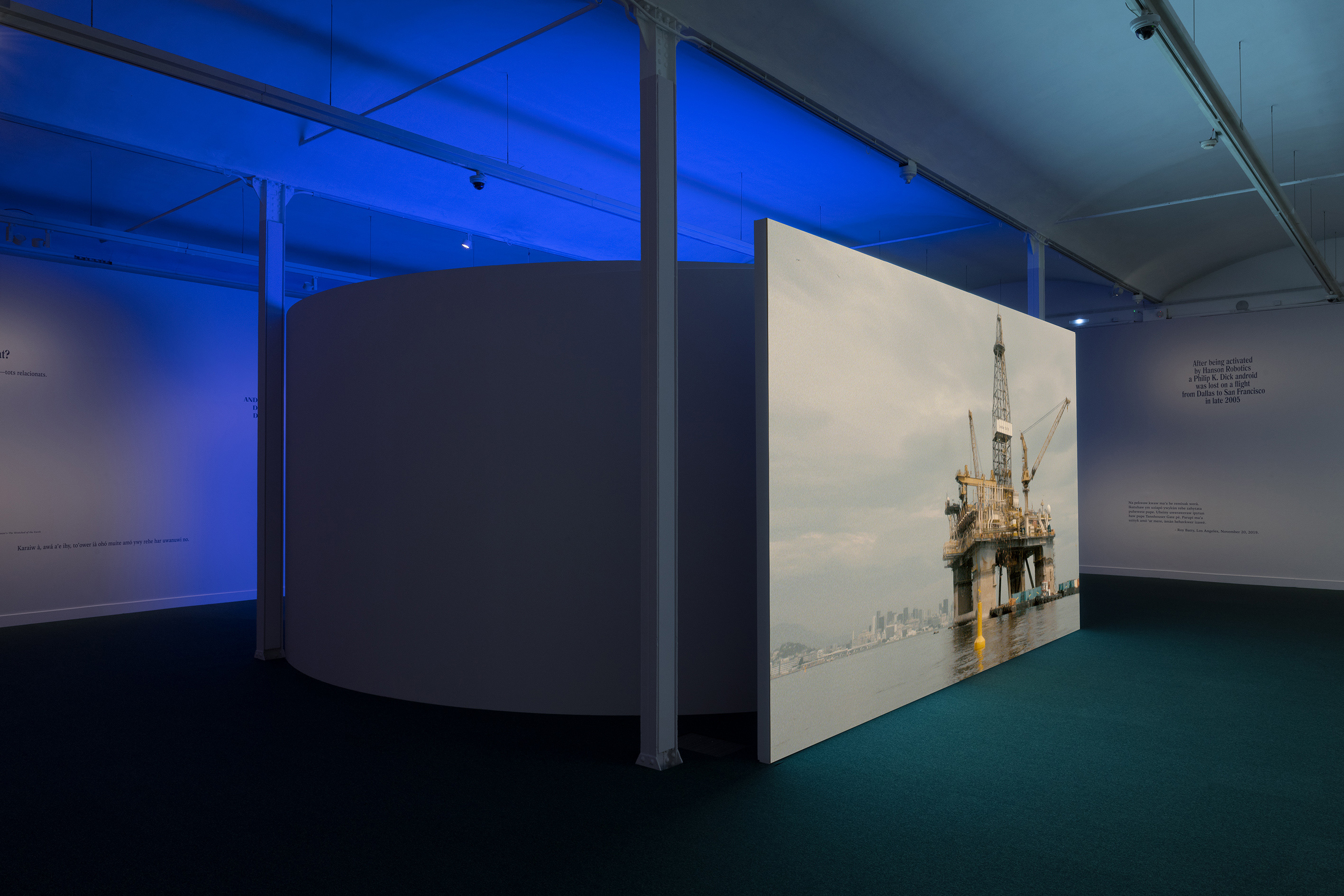 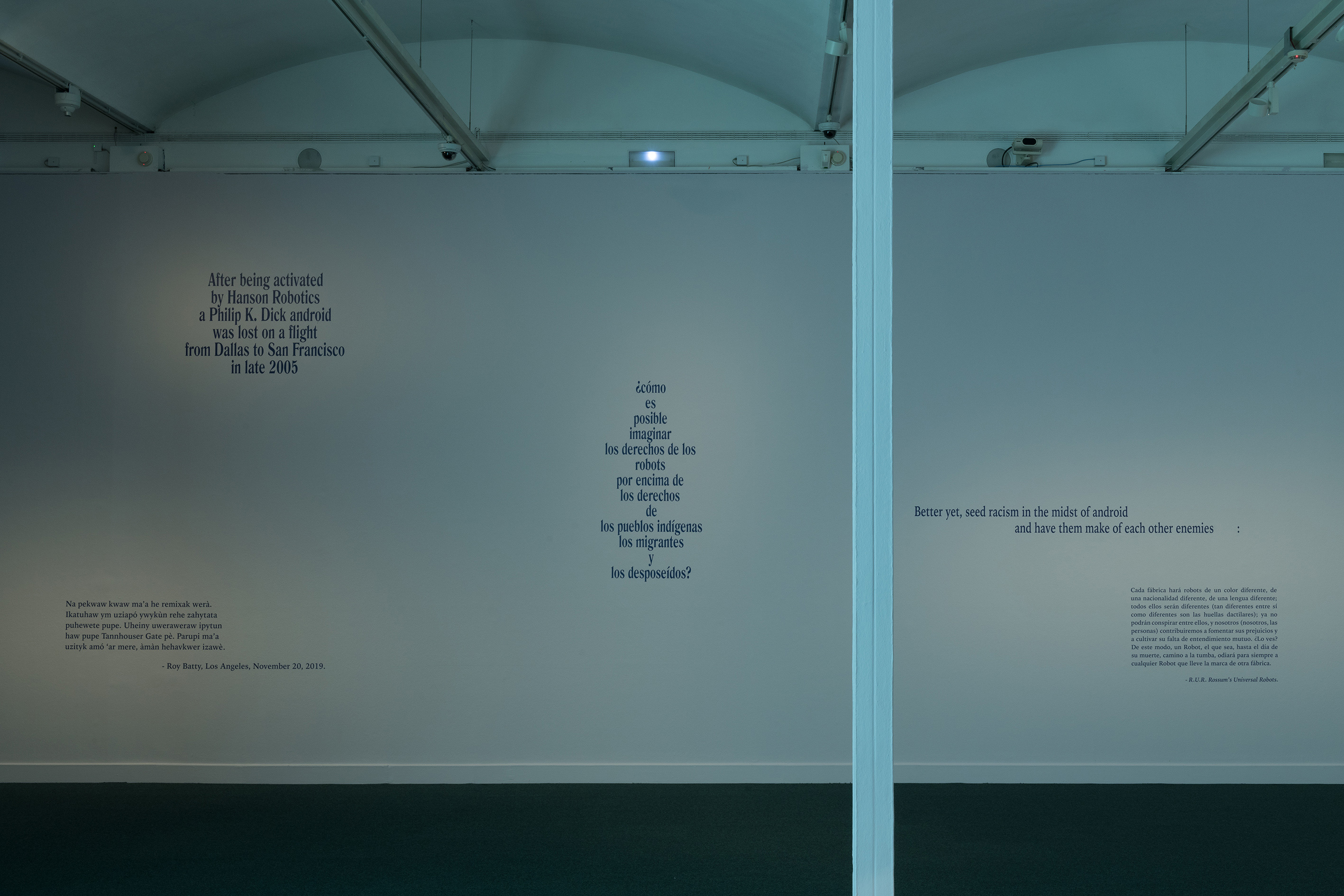 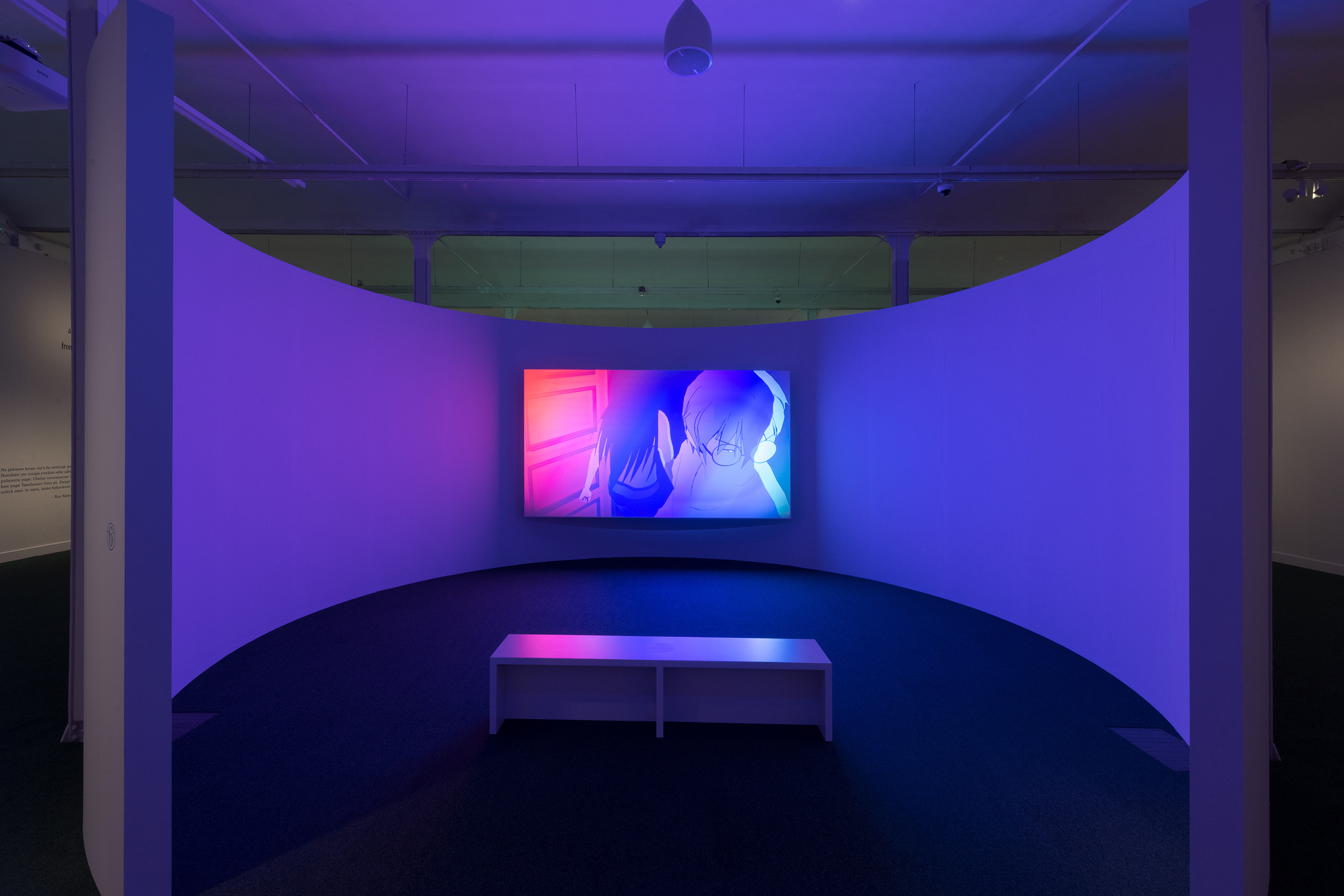 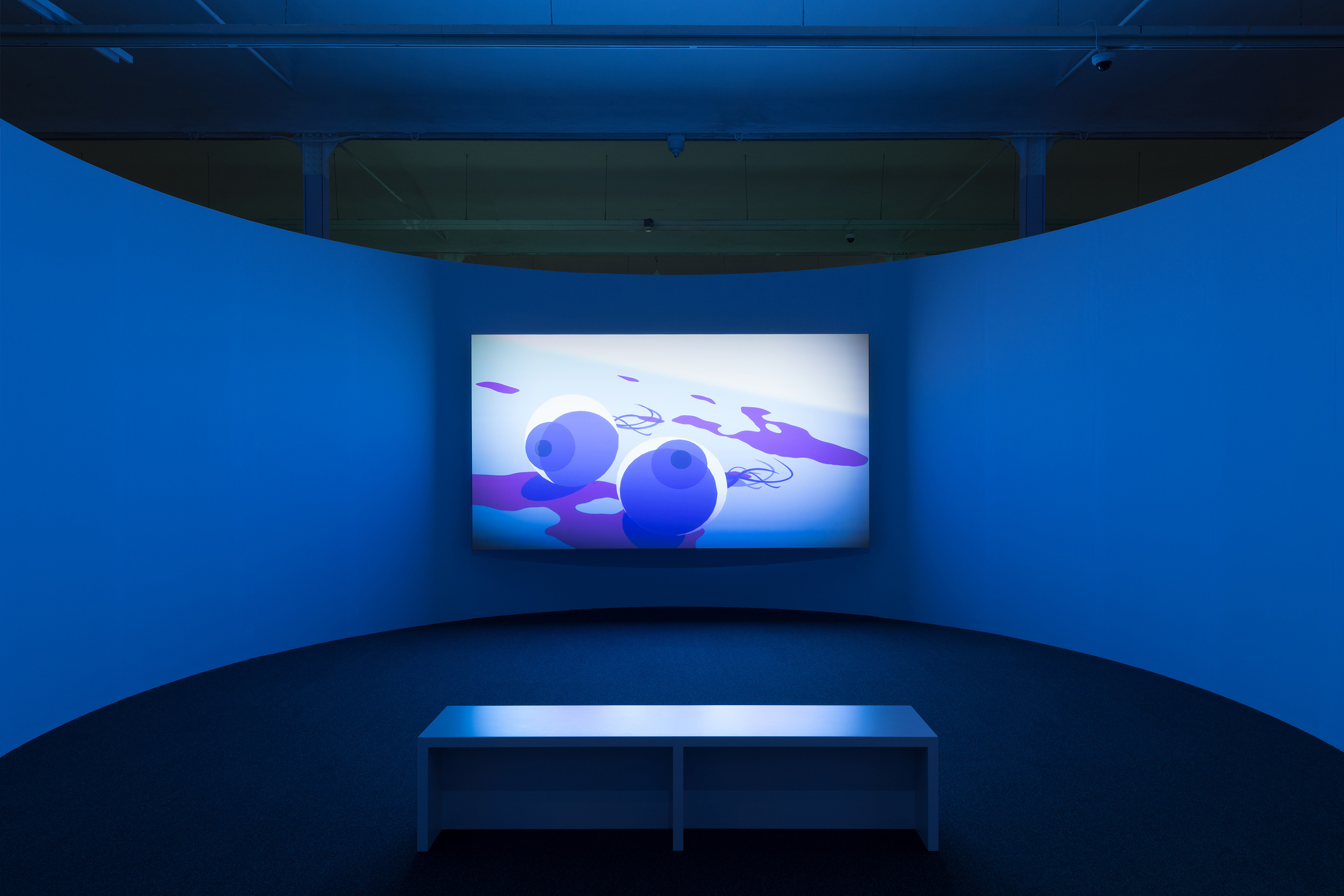 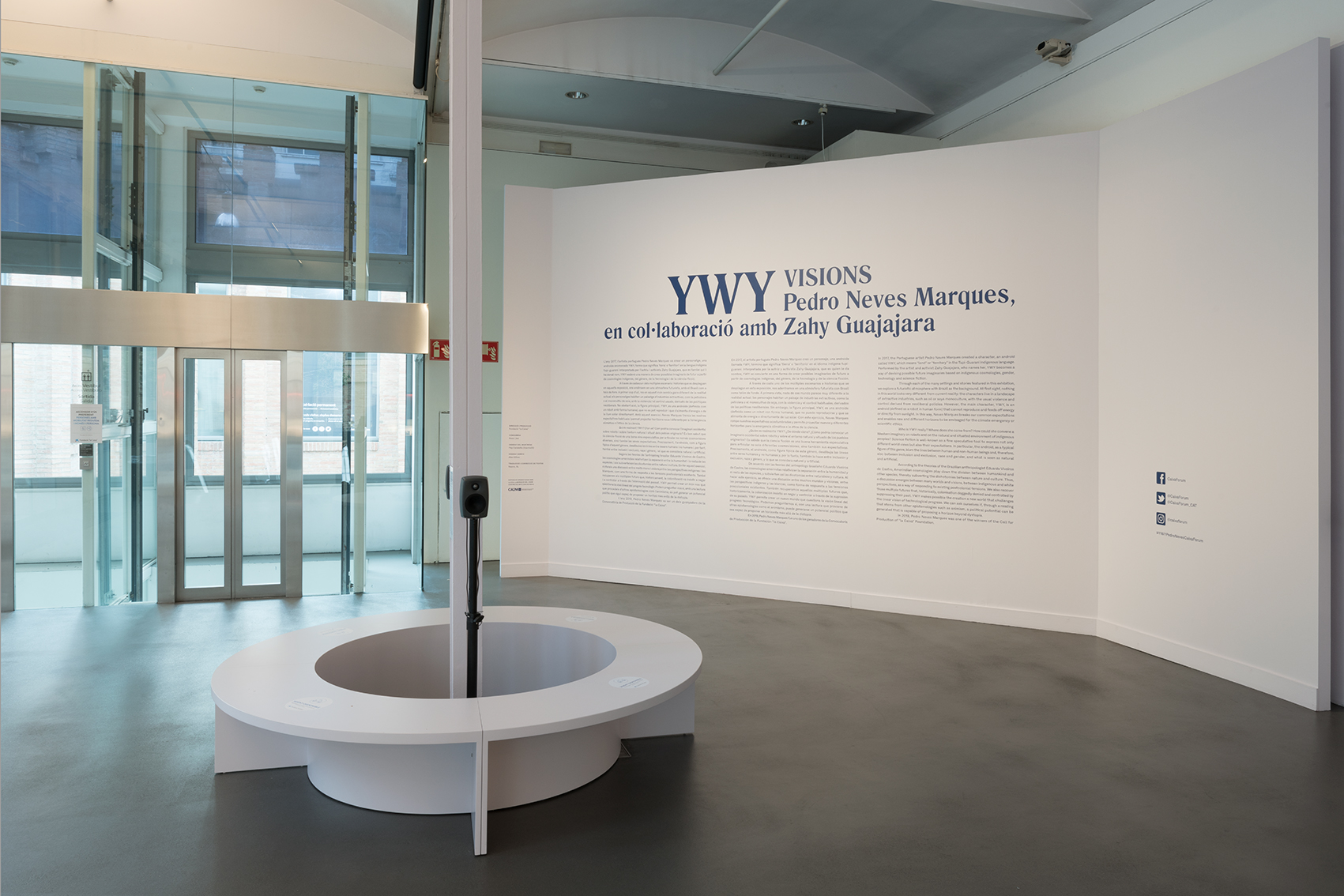 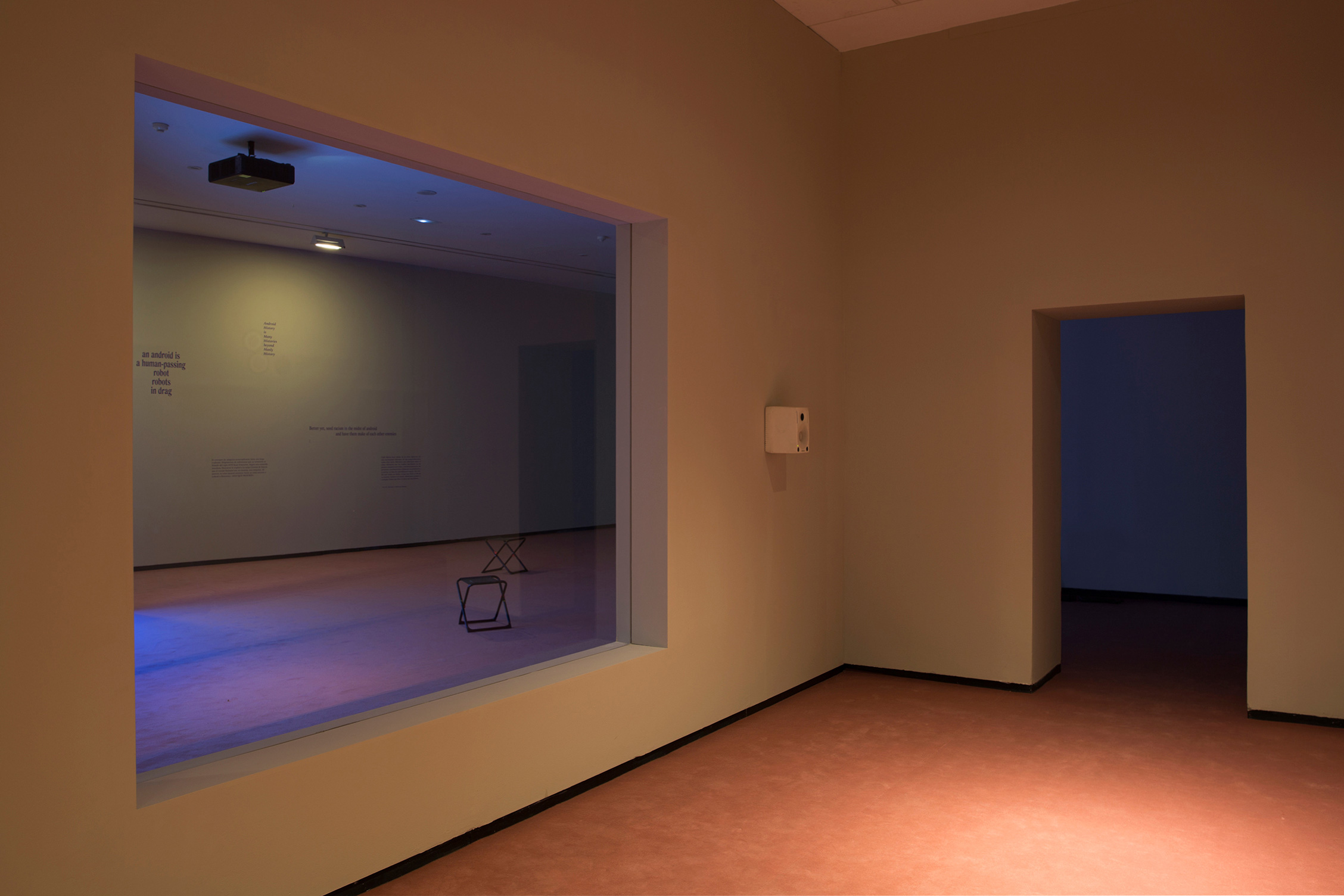 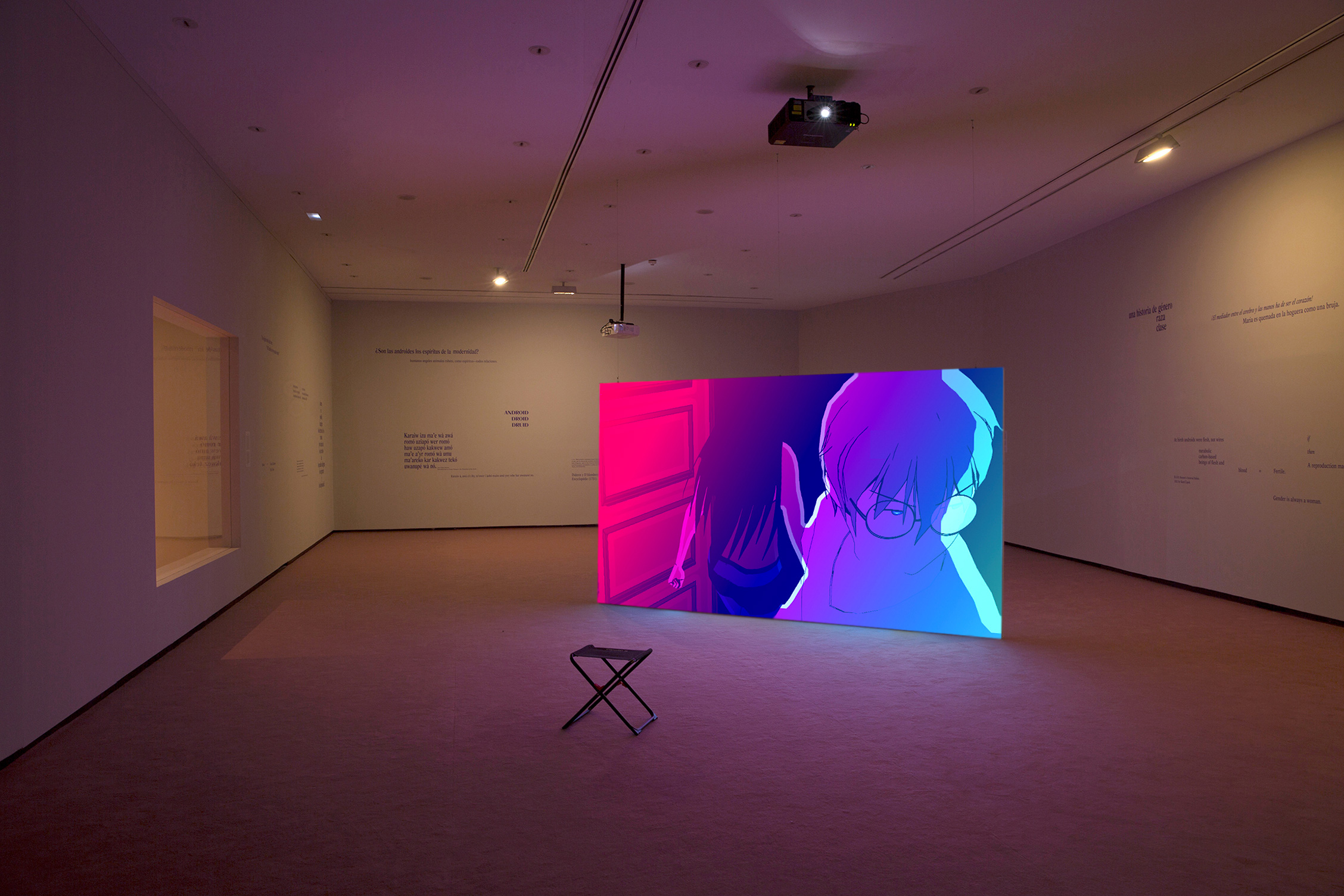 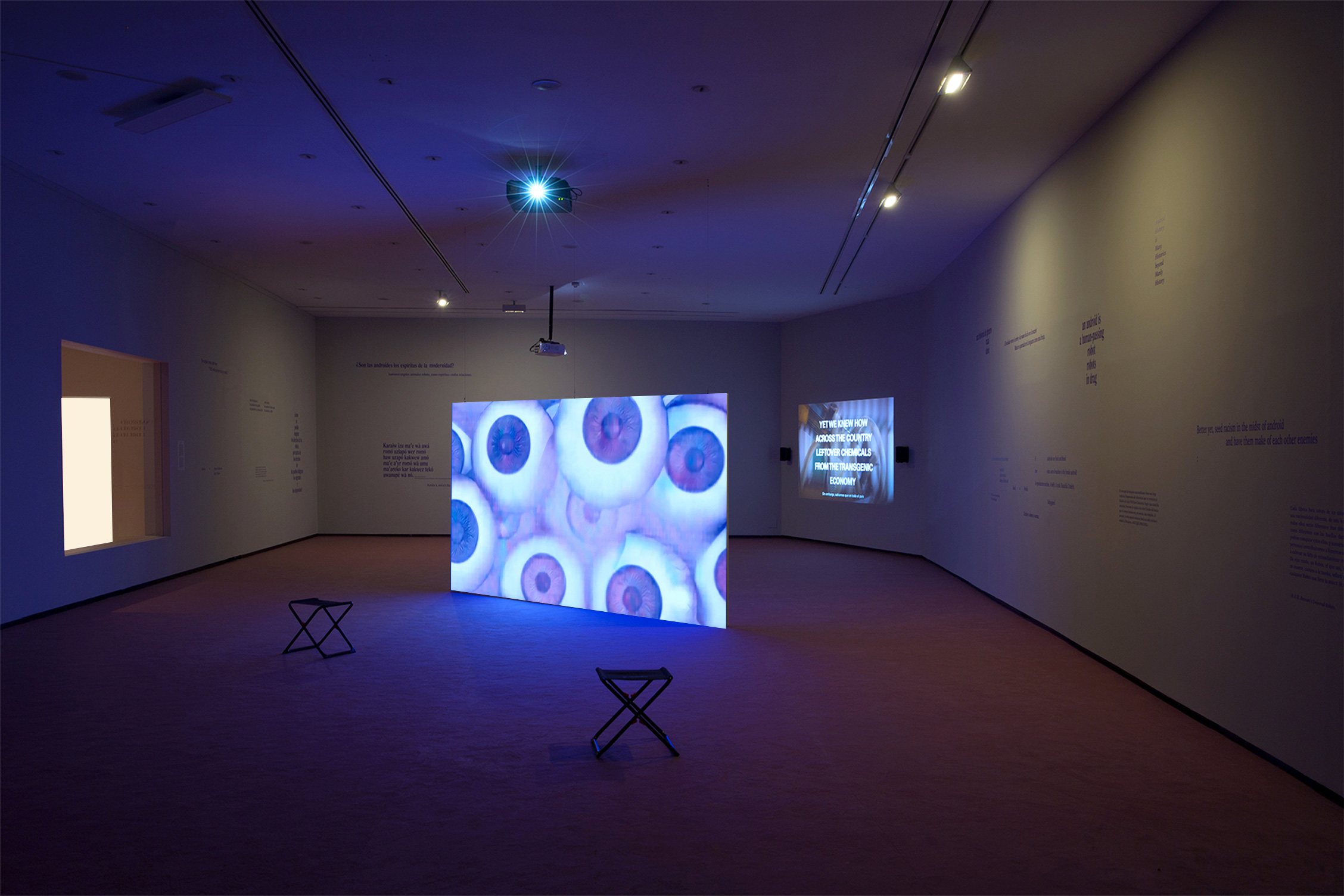 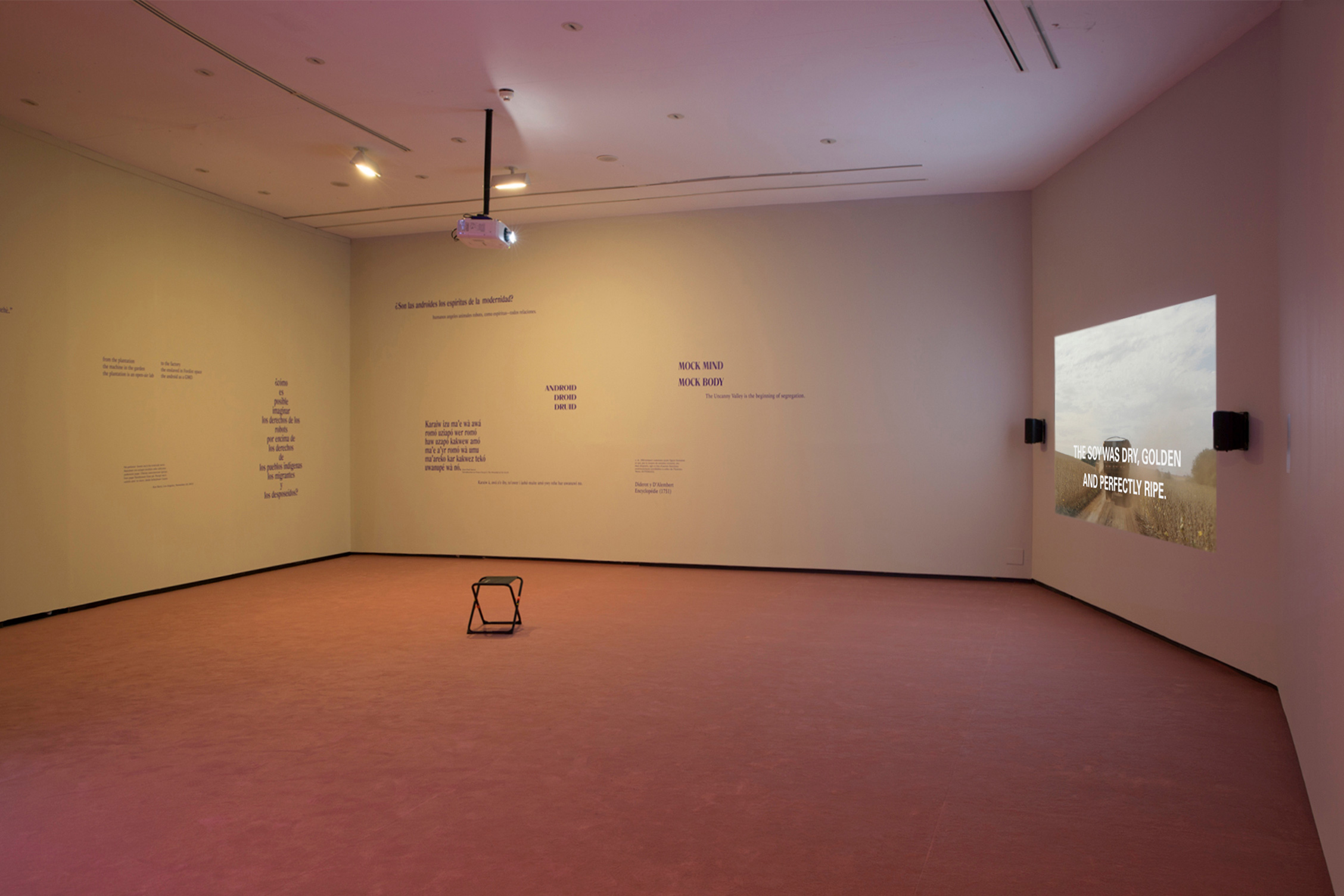 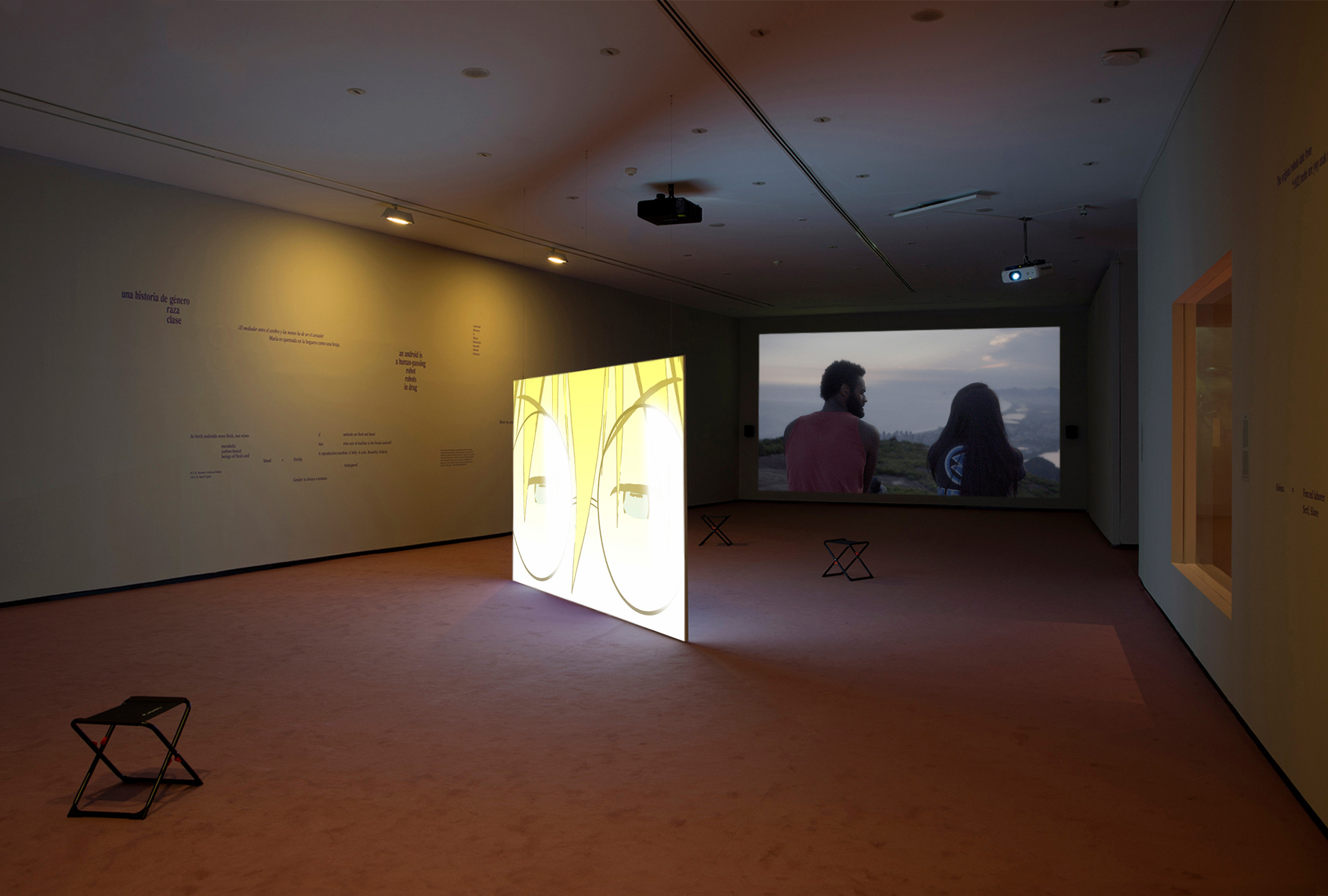 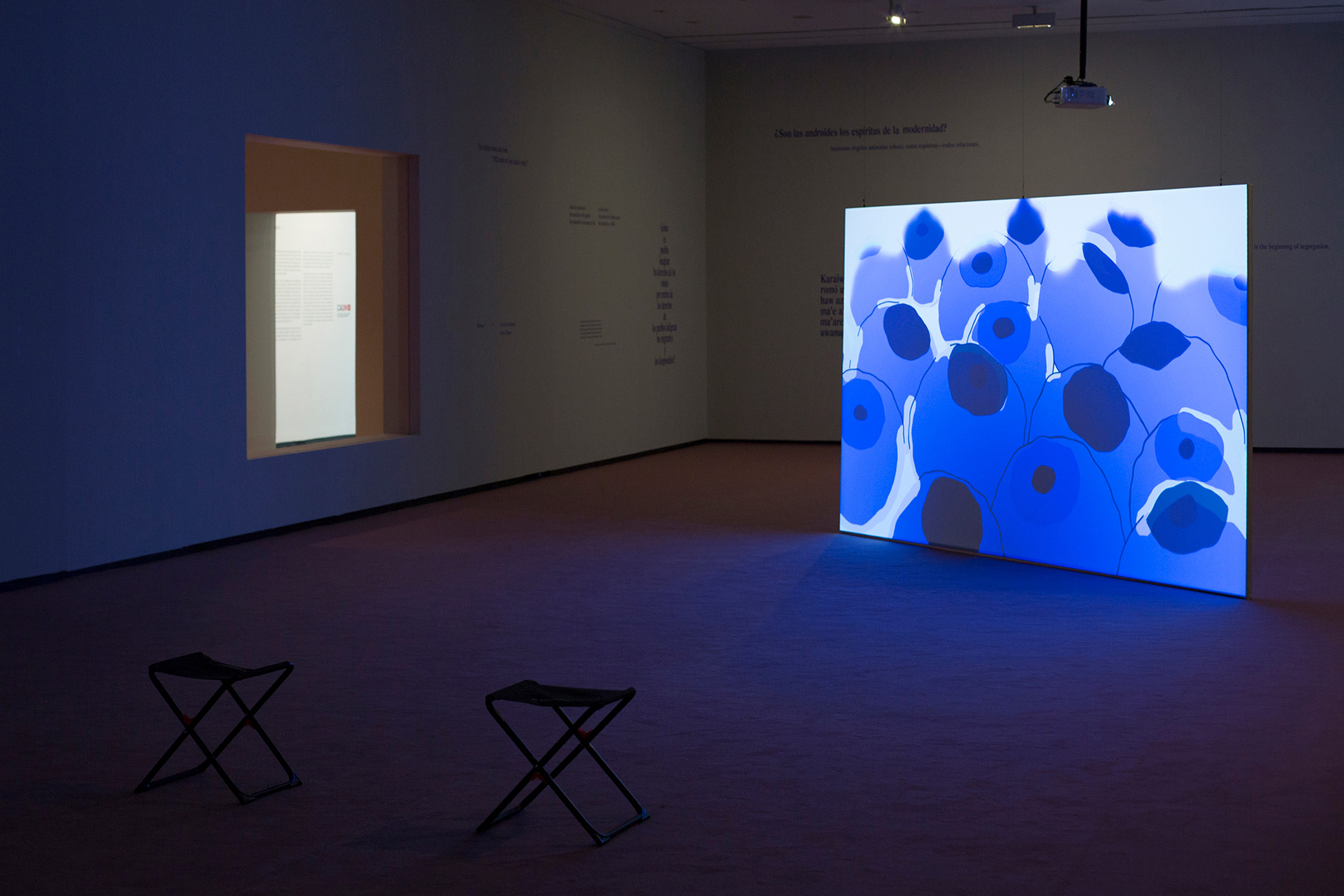 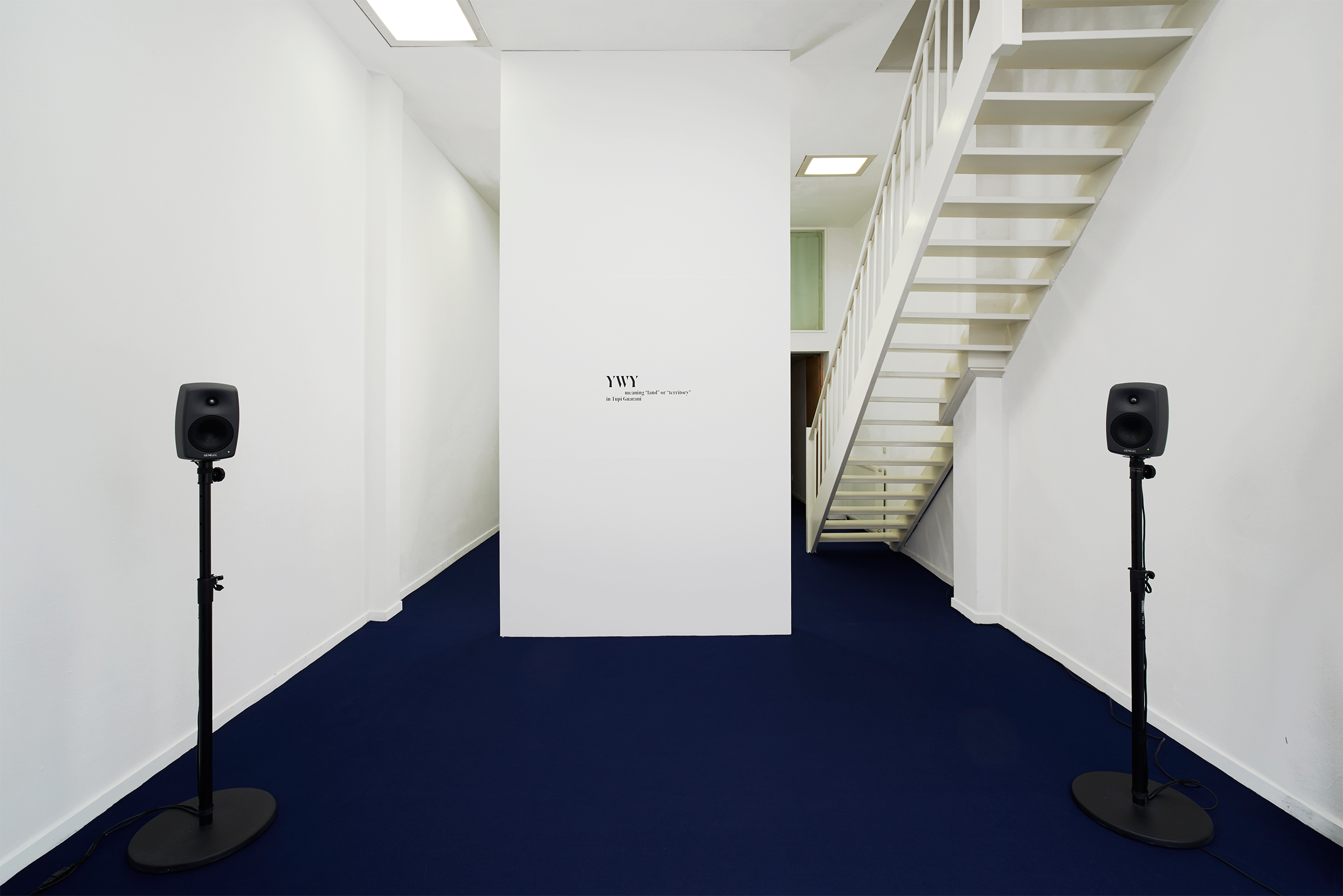 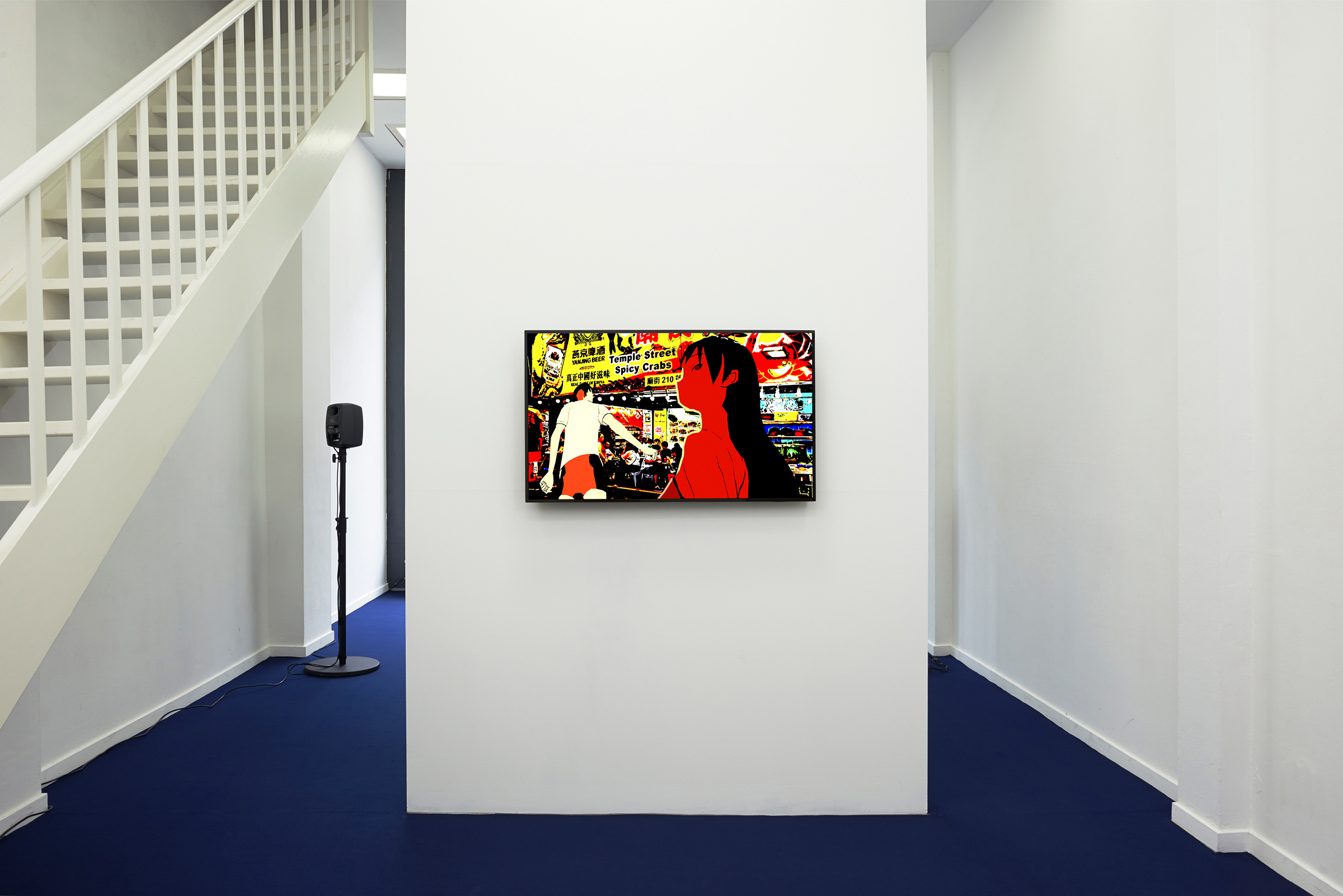 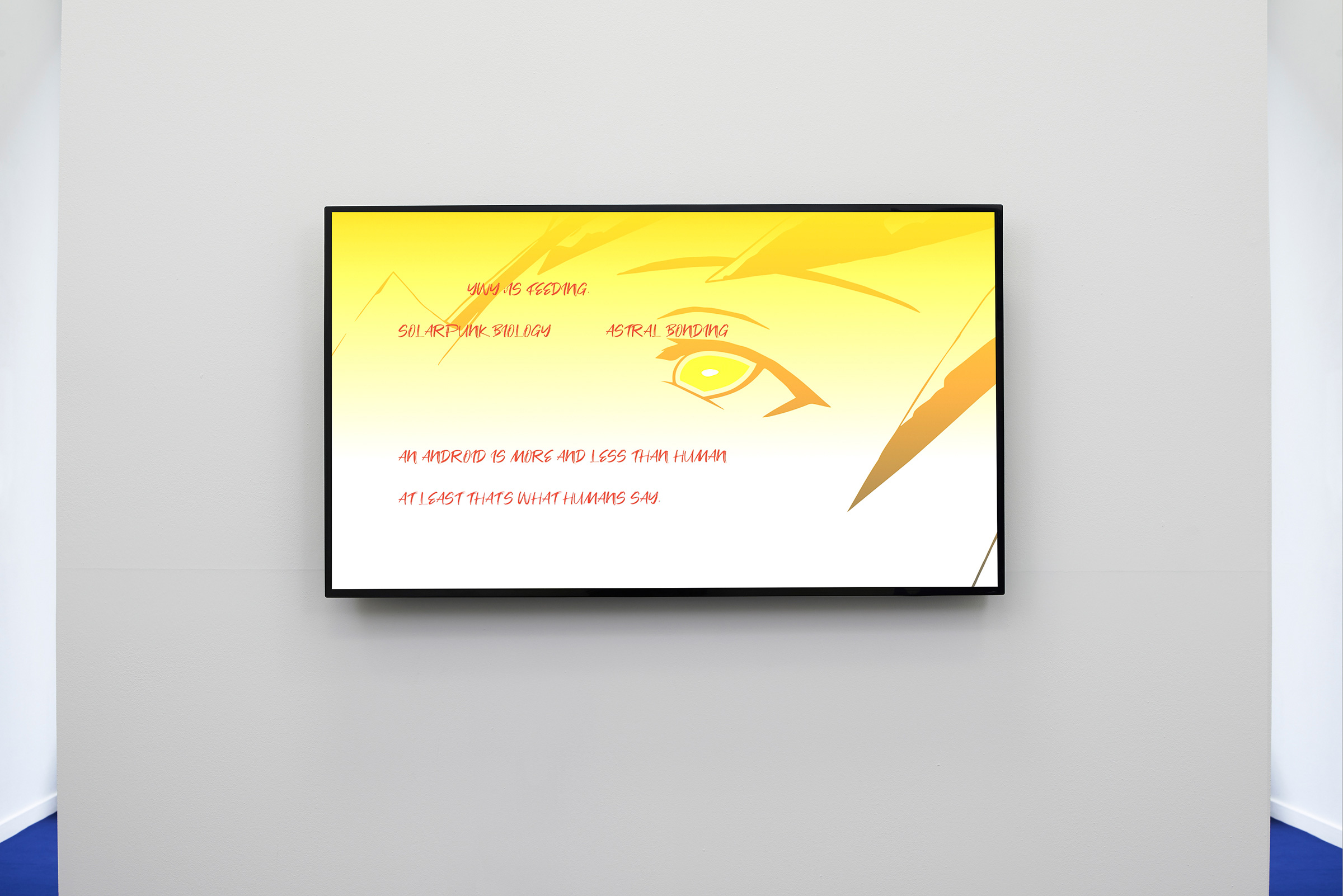 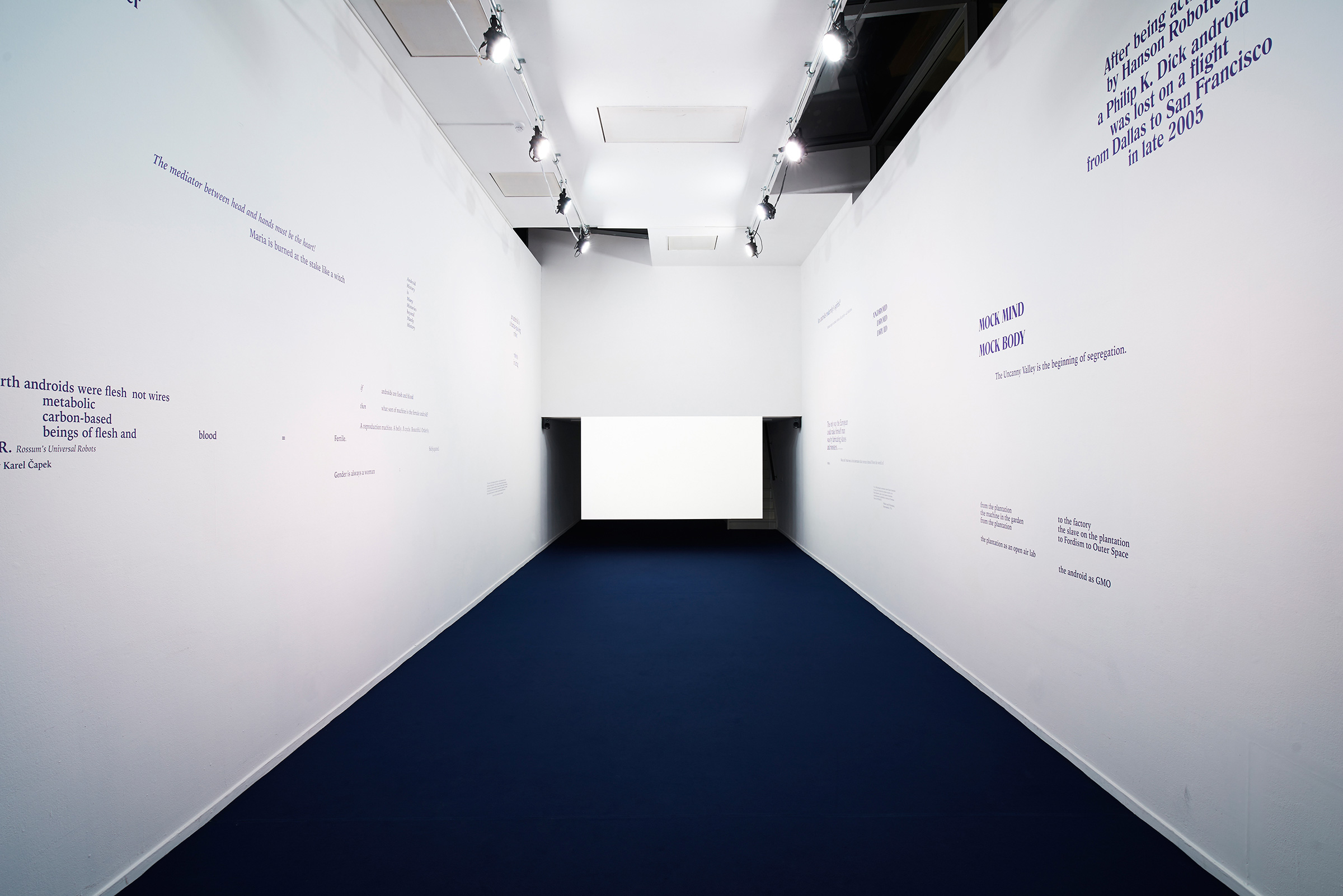 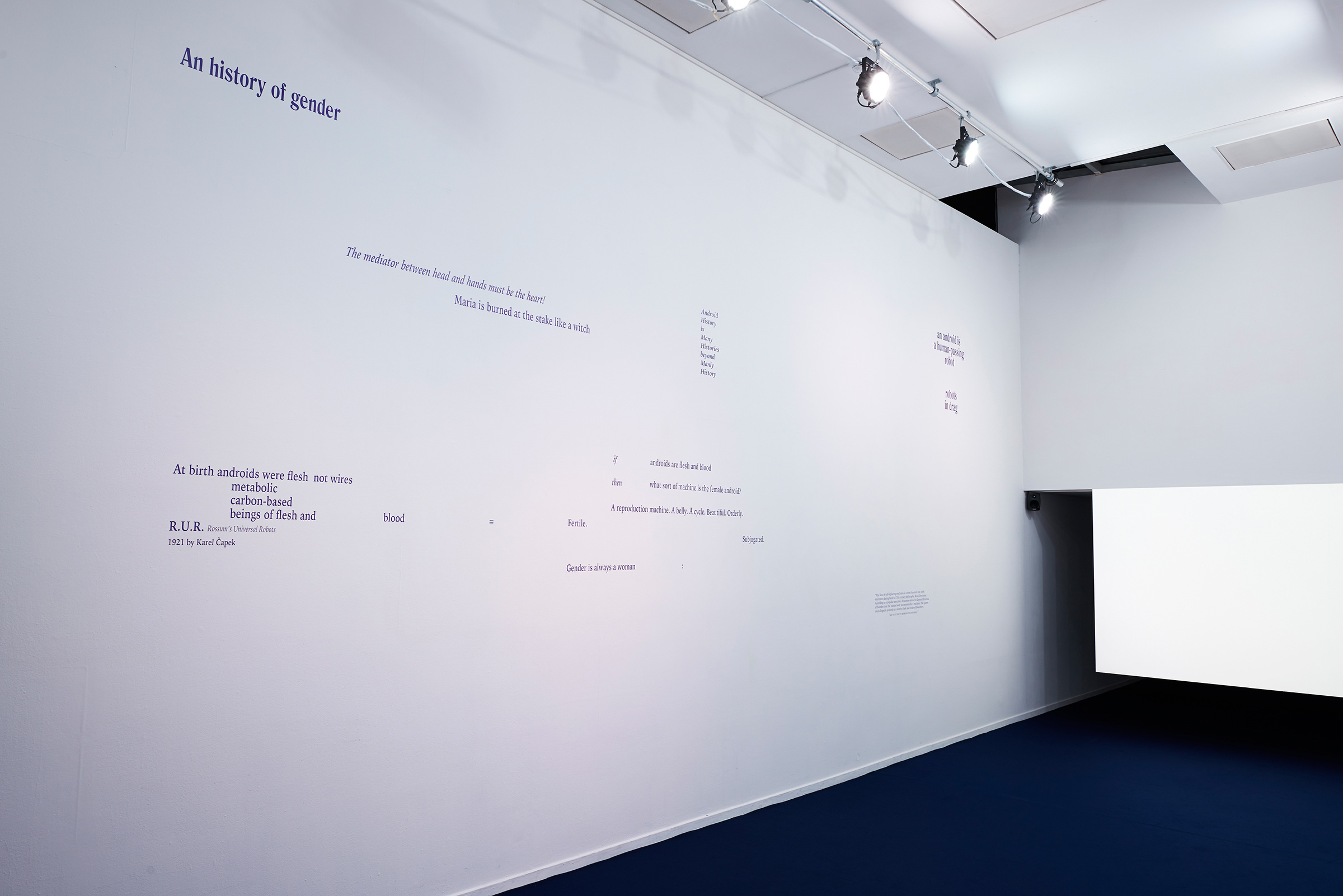 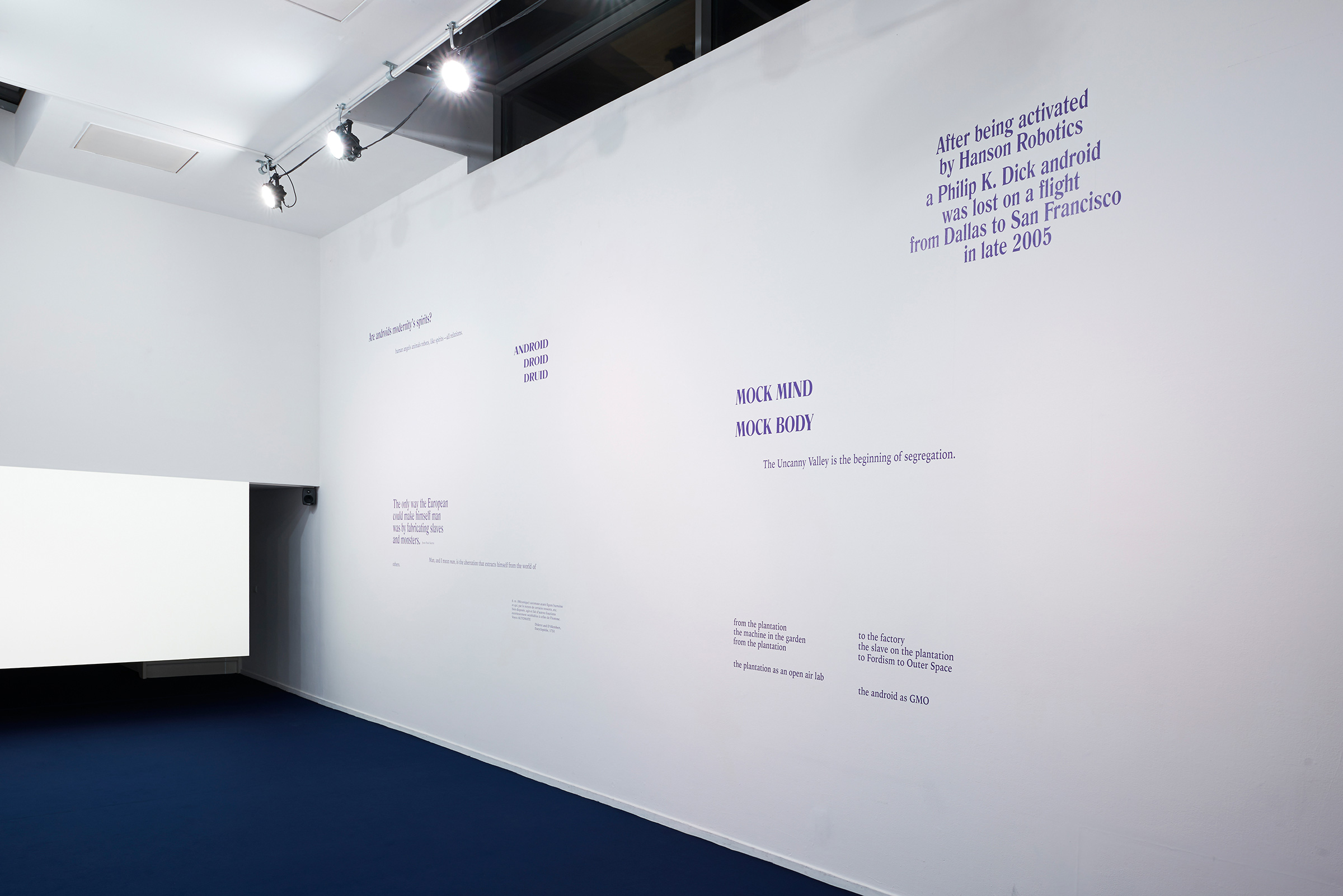 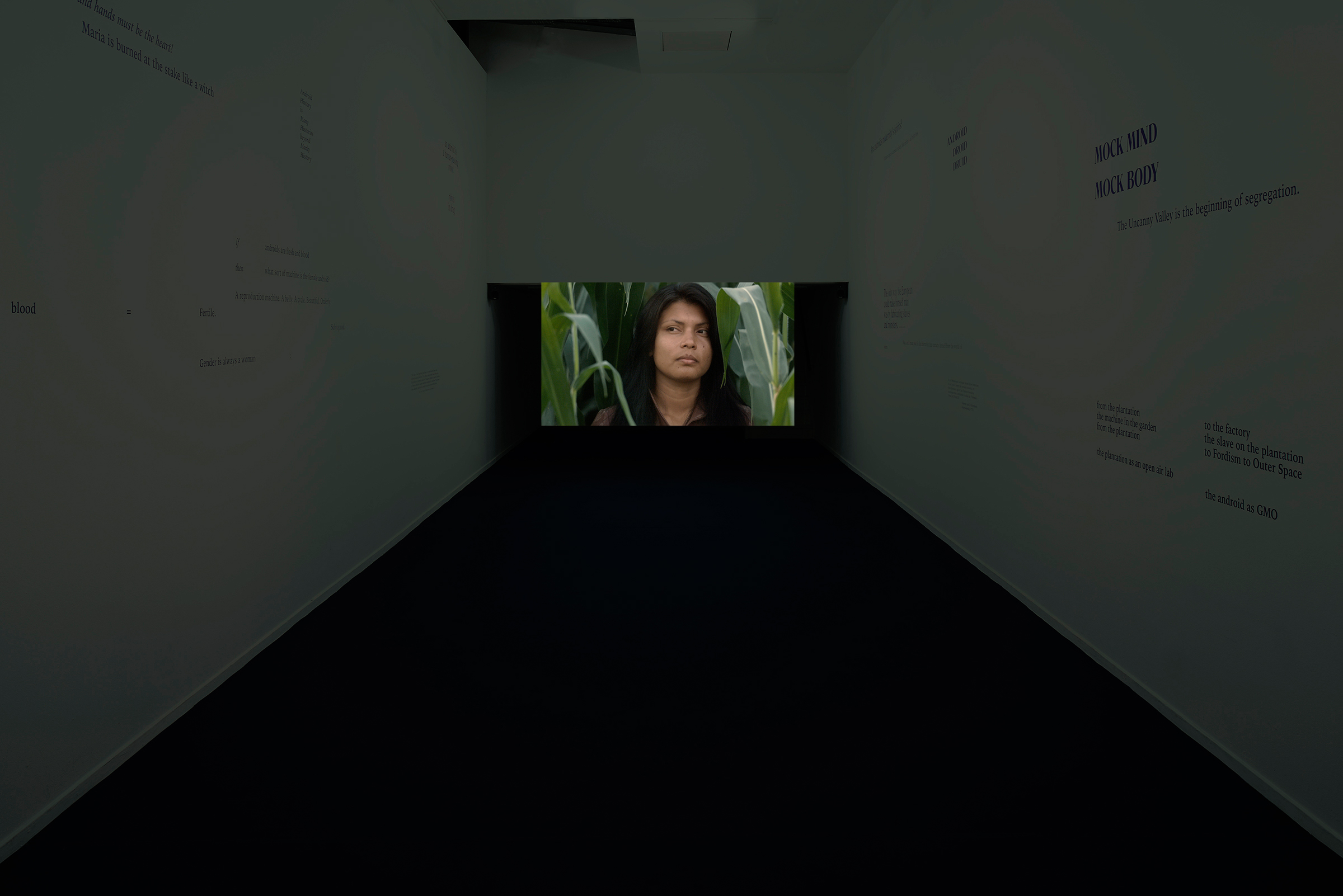 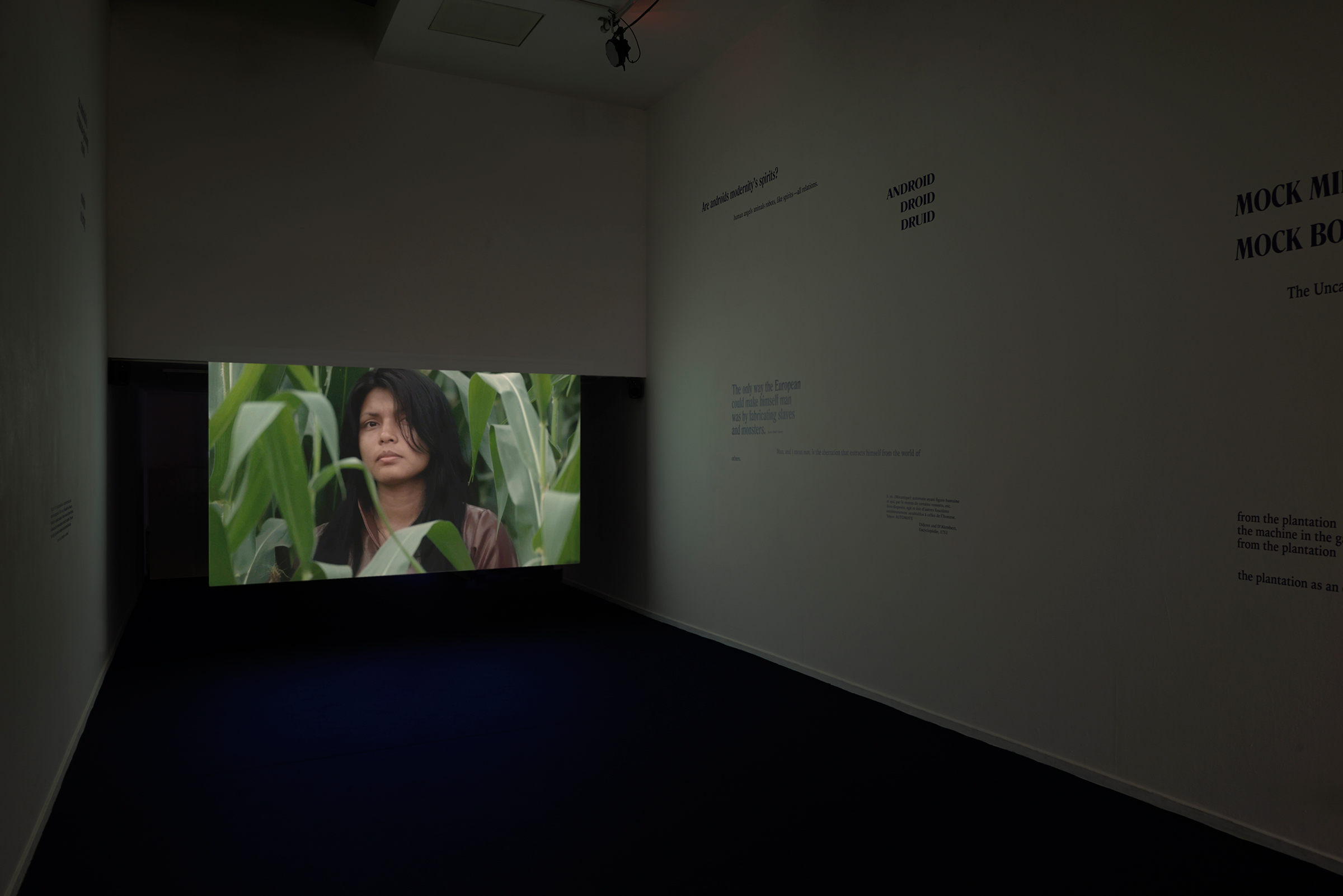 YWY, Visions
A series of exhibitions by Pedro Neves Marques with Zahy Guajajara, curated by Rosa Lleó, 2020-2021
With the kind support of CaixaForum, CA2M, and 1646.

"YWY, Visions presents a new phase of the collaboration between Pedro Neves Marques and Zahy Guajajara. Central to the project is the fictional android YWY, as protagonist in the narrative, as plot device, and wholly as an artwork. Engaging in strategies of worldbuilding, YWY, Visions combines sci-fi elements with Amerindian cosmologies to contest a linear claim on the future, offering instead a clash of many worlds and visions in between Indigenous and white perspectives. In doing so, it explores how artistic expressions might both acknowledge historical legacies and present visions of futures beyond dystopia."

Developed in dialogue with Indigenous actress and artist Zahy Guajajara, YWY, Visions follows from Pedro Neves Marques's 2017 films Semente Exterminadora and YWY, A Androide. The exhibition adds new works to what has become the YWY Series, including the documentary-style film Learning to Live With the Enemy (2017), the digital animation YWY, Searching for a Character Between East and West (2020) in its bastard Anime style made in collaboration with illustrator Hetamoé, the large-scale poetic and historical installation Android Loop (2020), and Zahy Guajajara's sound installation Hekepé (2020), which tells the beginning, middle, and end of a world from a Guajajara point of view. More recently a new short fiction film titled YWY, Visions has been shot and is in post-production, further continuing the series.